This corner play is effective because it creates a line of players that collapses onto a defensive set up like a crashing wave, and is flexible enough to fill the gaps left by the adjustments that the defensive is forced to make as each player makes their respective run, one after the other. 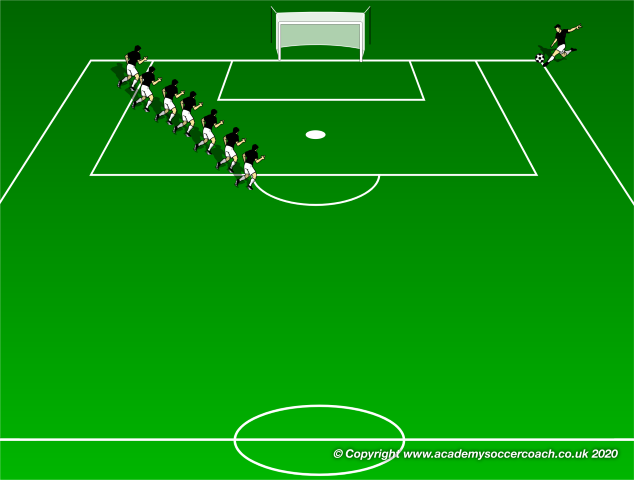 On the signal from the kick taker the player furthest from goal makes the first run, the player next to them goes after two steps, and so on down the line. The 4th player instead of making their direct run should double behind the wave and fulfill a garbage role. 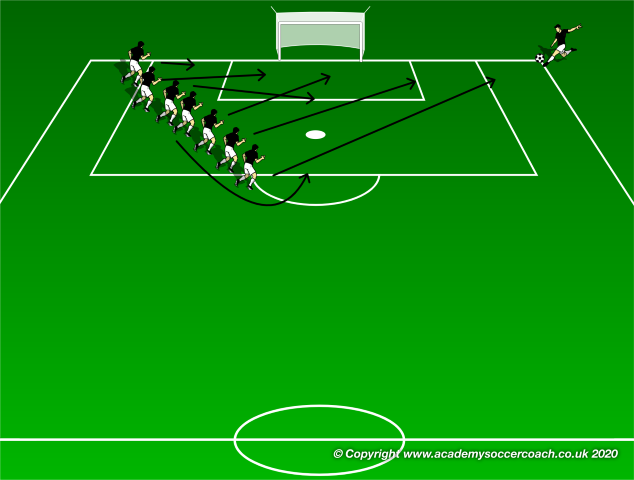 Once the runs are complete the shape of the players should be in a bowl shape with the one garbage guy sitting outside of the bowl, and one player making a run to give an option for the short corner. This gives the kick taker three options. They can play short if noone follows the runner, they can play to the garbage run if the box is too packed, or they can pick out a player in the “bowl” and allow for that player to attack the ball. 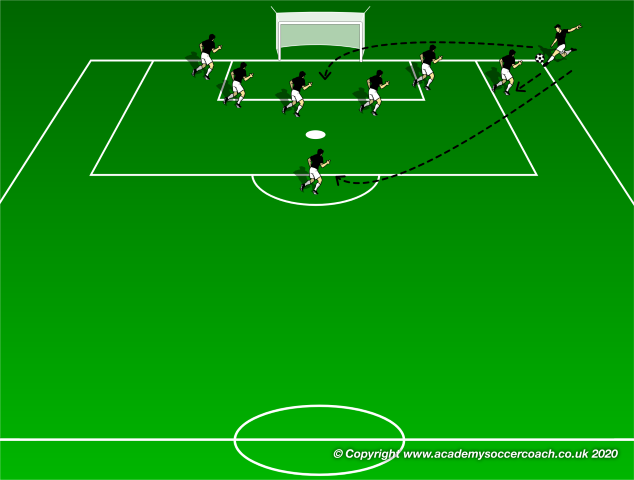