Have you ever caught yourself watching a game where nothing different happened in attack, both teams were always trapped by the opposite defending system and every play was so predictable? Yeah, I know the feeling. It sucks!

With this session I hope you won’t ever have to deal with a predictable boring attacking system. Let’s work on those overlaps and underlaps boys!

Warm Up
Let’s start simple to get the patterns and the concepts of when, where and how to overlap. In this simple exercise in groups of three, players pass and overlap the player they just passed the ball to from a set spot to another.

As the repetitions go, increase the complexity with variations and encourage the players to come up with their own patterns, stimulating their creativity. 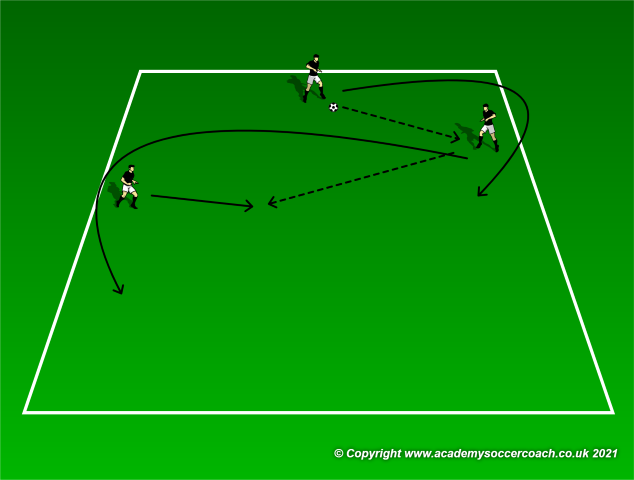 Activity 1
Now we get into a 3v2 attacking situation to score in the final third. In the diagram below the situation is the right winger dribbling towards the opposition to commit them as the central player overlaps him aiming to disrupt the markers, creating the possibility of: a) receive a pass and break into the box or cross in; b) drag the defenders of their position, leaving the left winger wide open to get the ball and shoot. 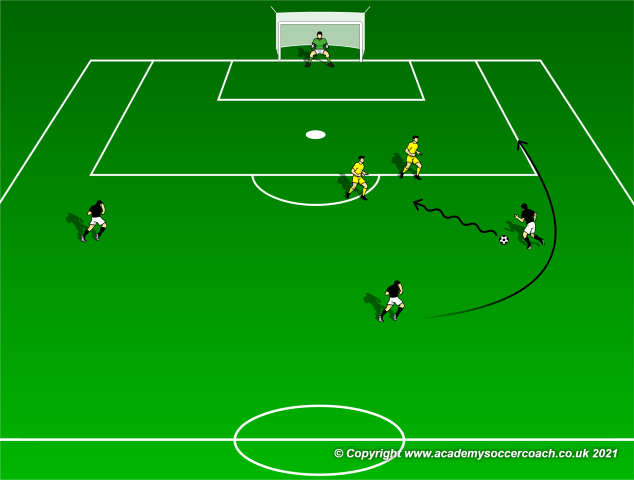 COACHING POINTS
- Full speed when overlapping
- Dribble the ball to the inside of the field as your teammate sprints to overlap you
- Be unpredictable on the ball. Fake and disguise

PROGRESSIONS/VARIATIONS:
- Countdown to finish the play
- Late recovering defender to make it a 3v3
- 4v3

Activity 2
Playing in a 4 v 4 + 2 with two mini-goals to attack and two to defend. The two neutrals play in a wide zone.

Every time the team in possession performs an overlap on the neutrals and keep possession, they score 1 point. If they score a goal after the overlap, it will worth 5 points. A regular goal is worth 3 points. 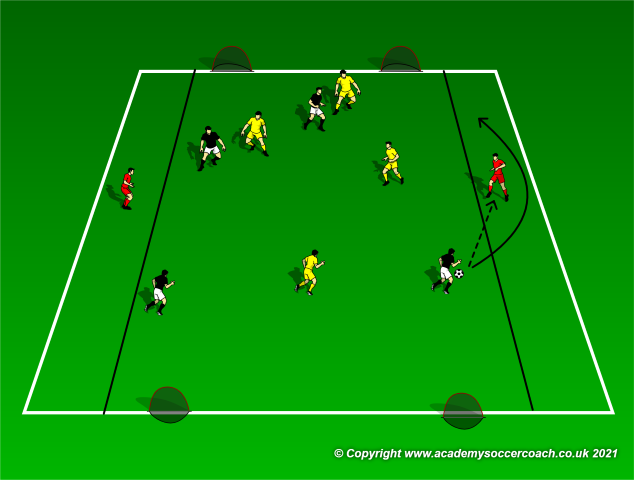 COACHING POINTS
- Sometimes the overlap/underlap creates advantage on the opposite side
- Think about third man runs (if you’ve ever spoke about this with your players. If not, good opportunity to implement this tactical principle as well)
- Don’t overlap for the sake of it. Overlap with a purpose

Teams switch shape after 12mins and at the end have a chat with the team about the best shape to use overlaps. 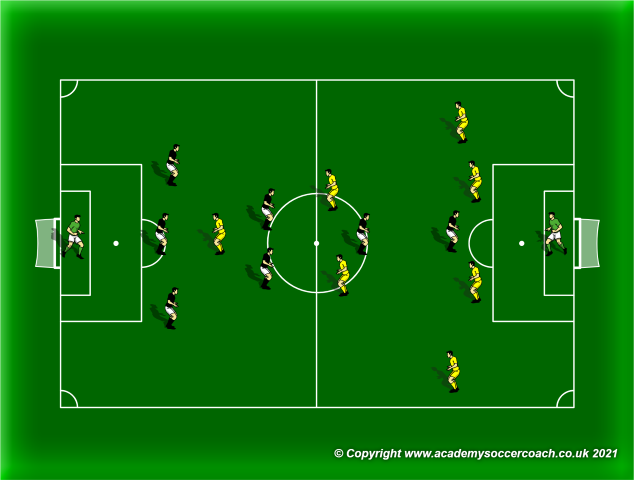