Objective
This session will focus on players thinking before the ball is passed and moving without the ball to open space.   Following a color sequence predetermines the passing but movement is player driven.  The players should open up to the passer as well as be in a position to pass immediately the next player in the pattern.   1-2 touch is the objective with constant ball movement and communication. 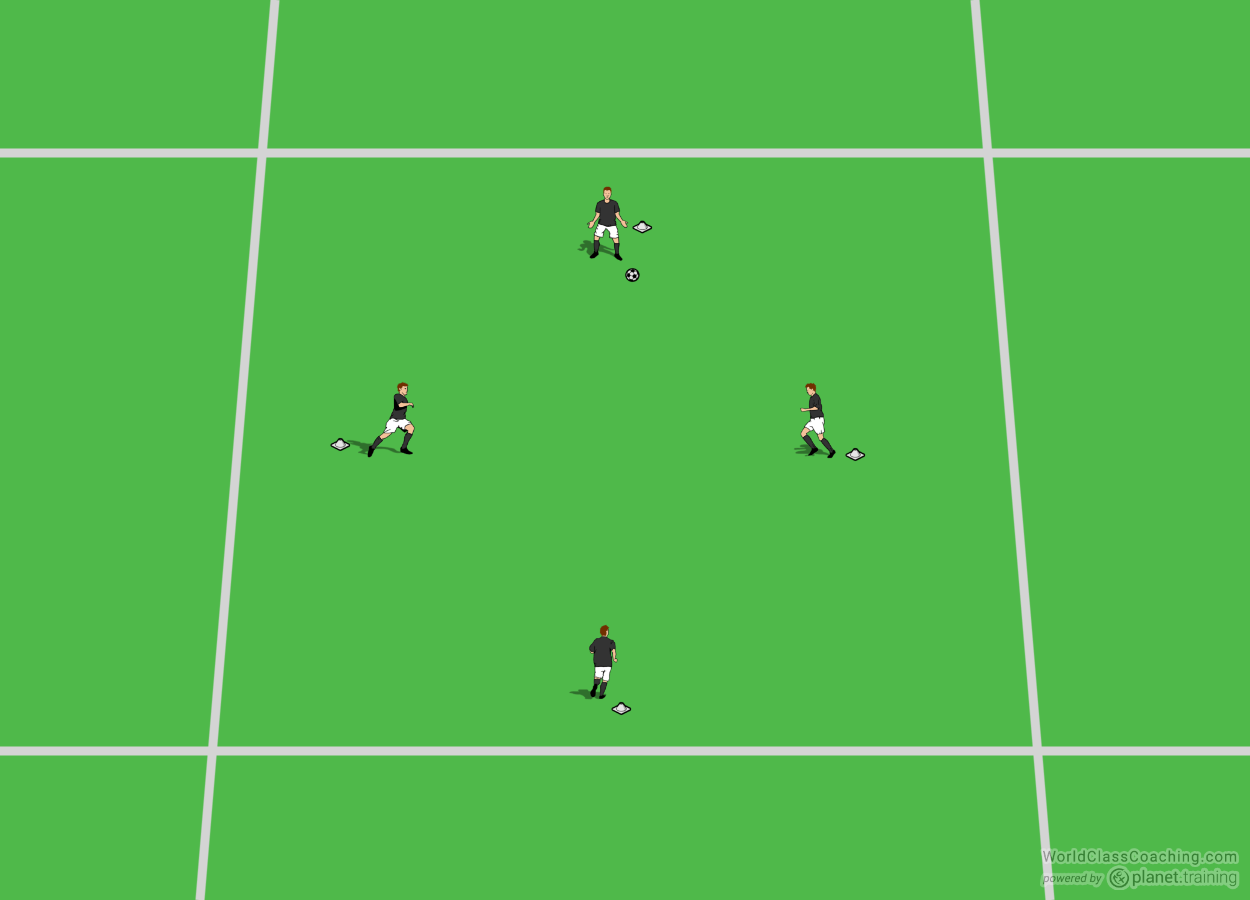 Set Up
Using the set up as above. 4 cones are placed in a diamond shape 10-12 yards apart.   4 players each wearing a different color practice jersey start at each cone.  1 player starts with 1 ball.

Execution
The coach calls out a color pattern such as RED, GREEN, YELLOW, BLUE.   This indicates to the players the order in which the ball must be passed to each player.  So the RED players passes to GREEN and then GREEN passes to YELLOW, and then YELLOW passes to BLUE.  The last color in the sequence then passes to first color to start the pattern again.  So in this example BLUE would pass to RED to start the pattern again.   The excrise begins with no player movement as the ball just passes around based on the color pattern.   The coach should change the color pattern every 45-60 seconds to make players adjust to new angles. 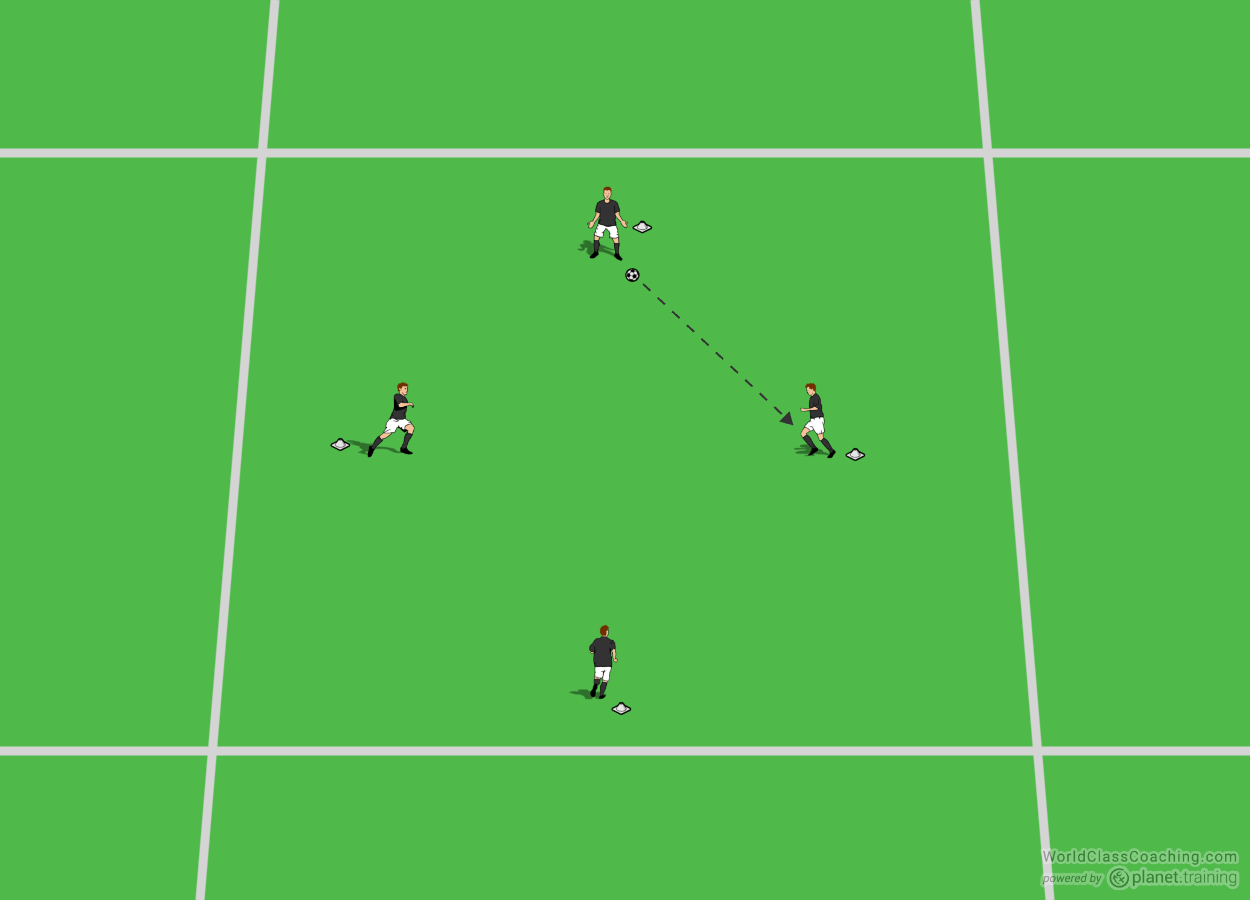 Progressions
After the ball is passed the passer must switch with the player on any other cone except the player that just received the ball.  So if RED passes to GREEN then RED must switch with either YELLOW or BLUE.  This requires thoughtful movement of the players without the ball.  Now the ball might be passed to a player on the move between cones.  This creates much more game like dynamics. 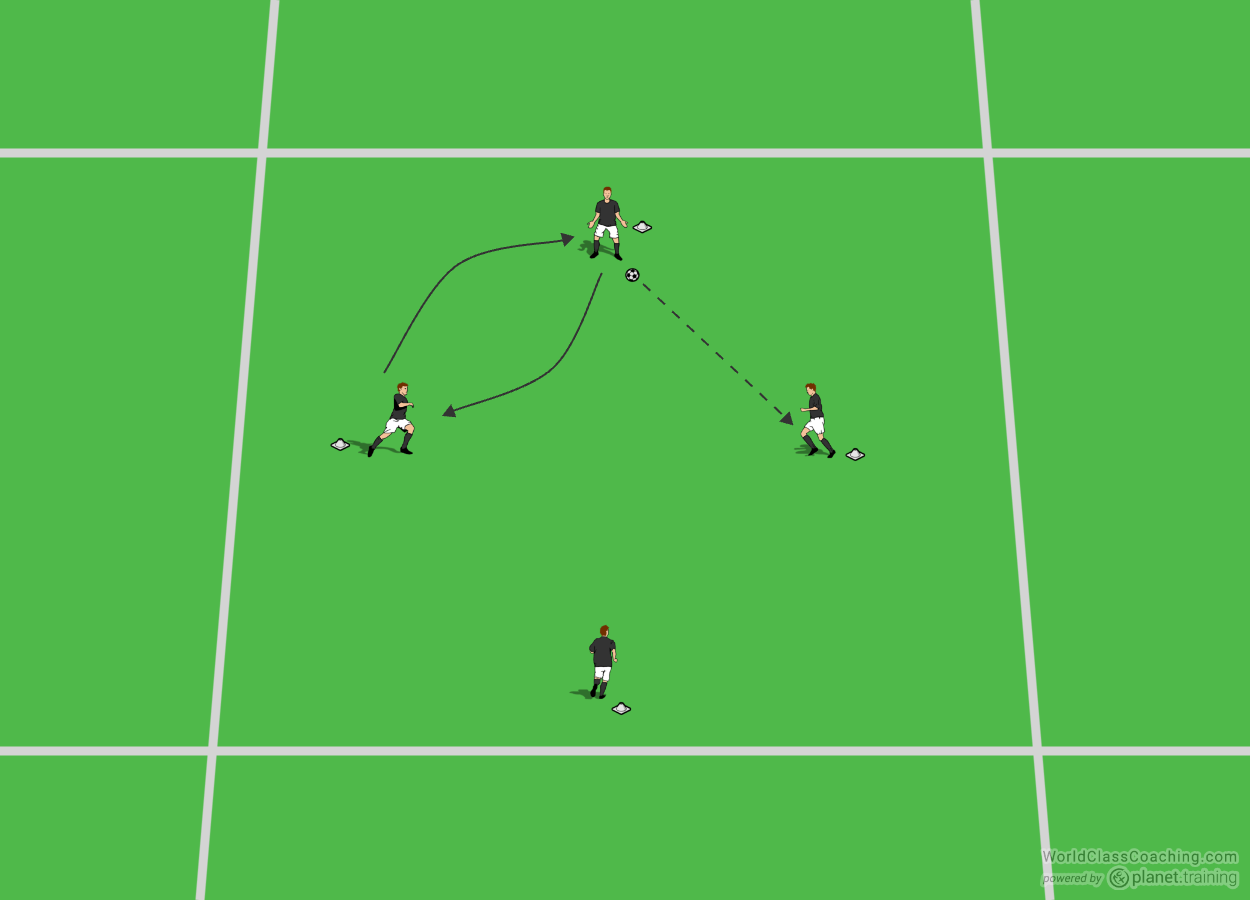 Variation
Only have 3 players on the 4 cones.  The movement after the pass is then to the open cone.  The color pattern is then only 3 colors.

Coaching Points
- Open up to accept the pass and be ready to send it to the next color in the pattern.
- Ensure players are receiving the ball with the correct foot to ensure position to shield the ball from the defense
- A passive defender can be added to the middle of the diamond

Team Finishing Inside the Penalty Area