Changing the Point of Attack

Welcome to the FineSoccer Drills Newsletter. Today’s featured activity works on changing the point of attack and taking advantage of the defensive shifts. 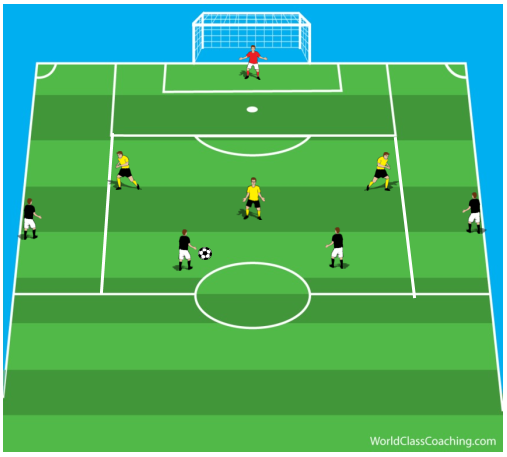 The two central attackers can pass back and forth until one
decides to play to an outside player. 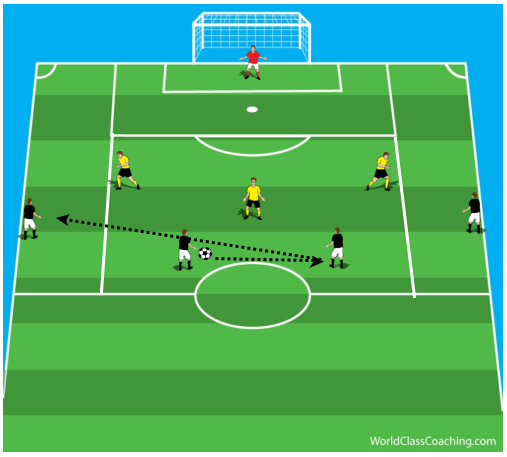 When the ball gets played out wide, the near central midfielder and one defender can join in on that side. 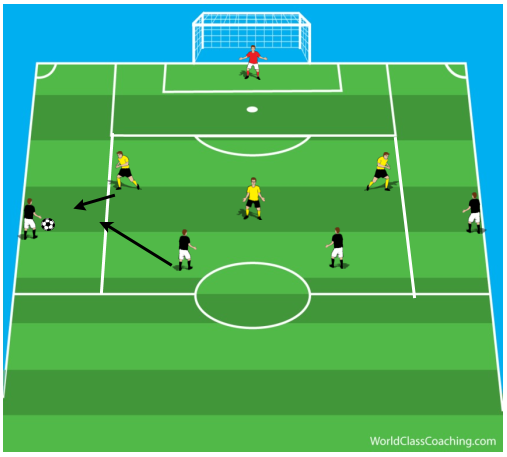 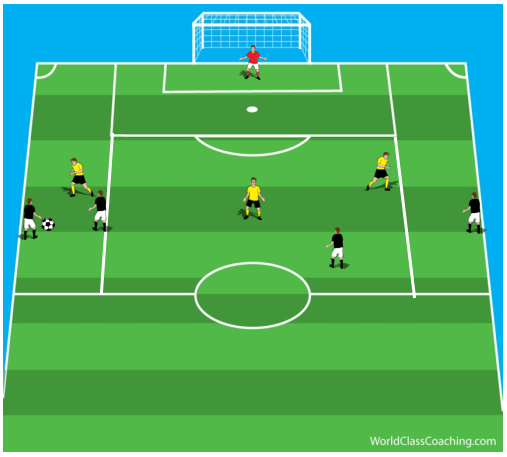 The two players out wide can play 2 v 1 to get down the sideline.  Most likely the defending central midfielder will get back and toward that side to offer support. 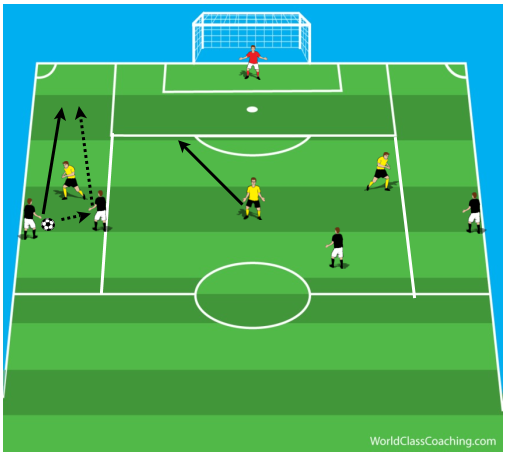 At this point everyone is live.  The player with the ball out wide would look to make the cross, the other players would make run looking for space to receive the ball and score. 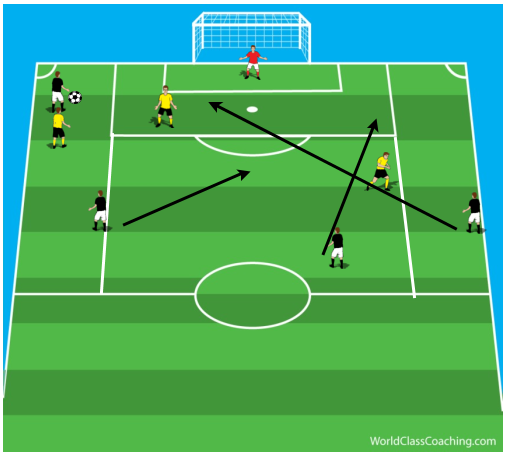 The player out wide can dribble to goal, shoot or pass. As soon as the play is over another group goes and this one regroups.

The central players can pass to either side and the players have to quickly adapt accordingly.

This is an excellent activity to work on switching the point of attack and reacting accordingly.

Progression to Teach Building from the Back