Area Size: Approximately 55 yards of width including space between the grids

Time: 15 minutes for full rotation of all teams

Setup: Two grids are set up 20X20 yards with a 15-yard gap in between them. Teams are divided into three groups of 8 (or other combinations of numbers). 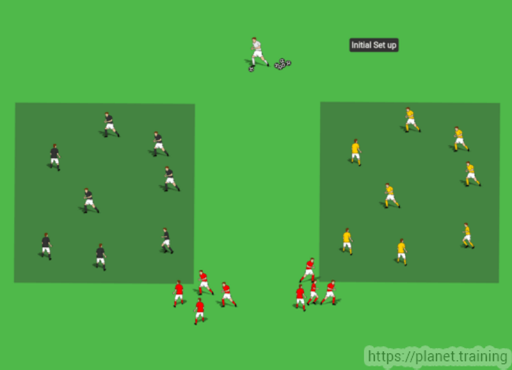 Execution: Black team in one grid and Yellow team in the other grid. The red team remains outside of each grid with 4 players from the red team Execution at each grid. Coach serves the ball into one grid and the four red players enter to defend and stop the black team from connecting 8 passes. 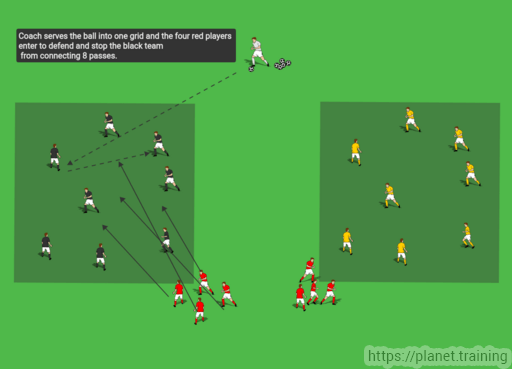 If the red team knocks the ball out of the grid they exit the grid to the waiting point again and the coach immediately serves a ball into the yellow grid. The reds waiting there must do the same thing and keep the yellow group from connecting 8 passes. 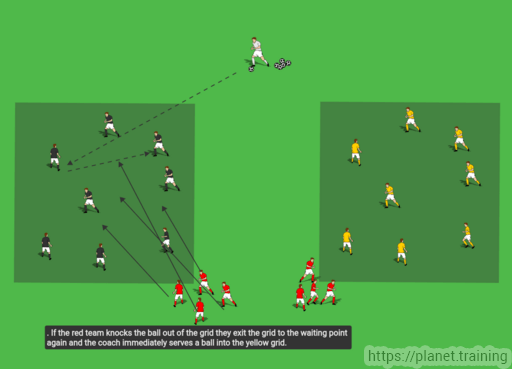 If the teams are successful in connecting 8 passes and sending the ball to the opposite grid, then the yellow defenders must switch to defending the opposite grid. See diagrams. Two minute games and then rotate defensive group colors. 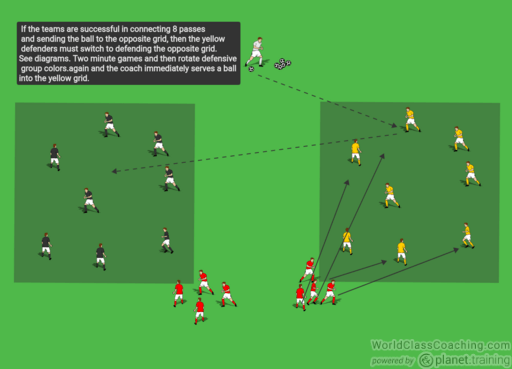