Being able to transition from defense to offence faster than your opponent can win games and from offense to defense can protect hard earned leads. What I refer to as the 4 v 4 + 4 can help hone a team's abilities and skills when it comes to transitions during play.

In order to get the most out of this drill, knowing and understanding the 6 phases of play for both player and coach is critical. The 6 phases are:

The 4 v 4 + 4 is meant to emphasize and focus on the transitions through these phases by creating circumstances that produce these instances repeatedly and in high succession.

Set up
First, begin by marking an area 20 x 40 yards. Then, using cones or markers of different colored pairs, create 3 “gates” along the middle of the play area. These gates will represent passing lanes.

Next, divide the players into 3 teams of 4, each team with their own colored jersey or pinny. 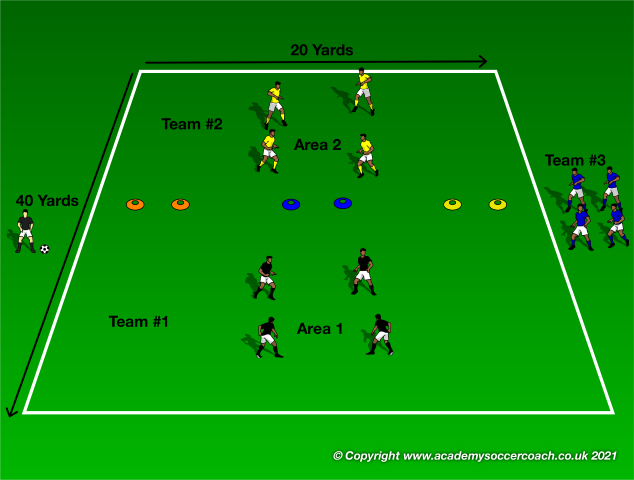 The coach will play the ball to team #1 or #2 to get the drill started. Upon start, team #3 rushes in from the side and plays the role of defenders to take the ball off the team who has the ball. 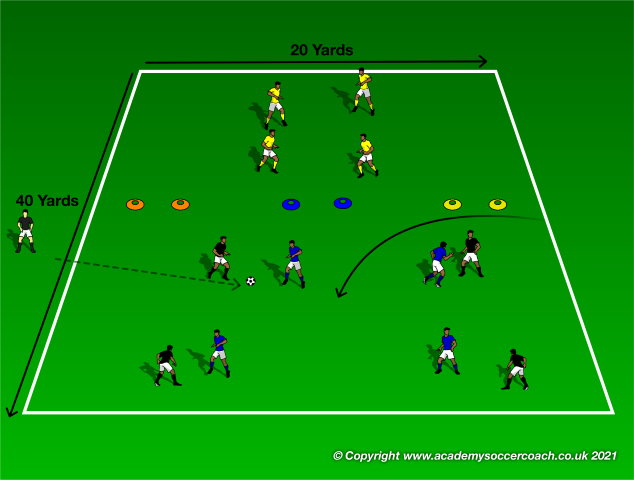 The team with the ball - #1 or #2 attempt to pass the ball to the other side of the playing area through the passing lanes. If successful, team #3 must evacuate that side of the field and try to win the ball back from the other team on their side of the field. This back and forth continues until team #3 wins the ball or it goes out of play, at which point the coach plays another ball into the field of play. 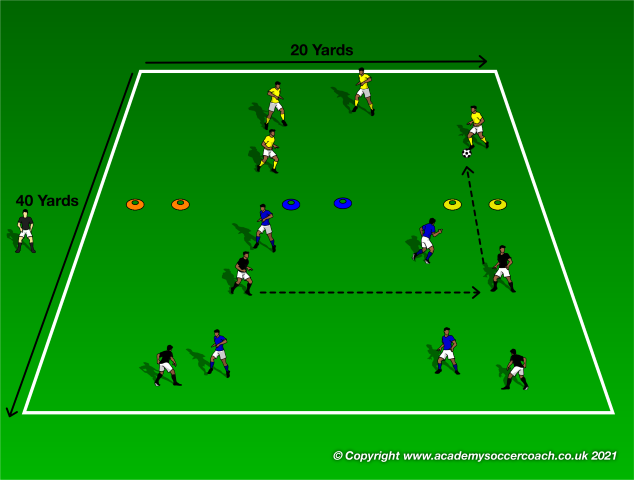 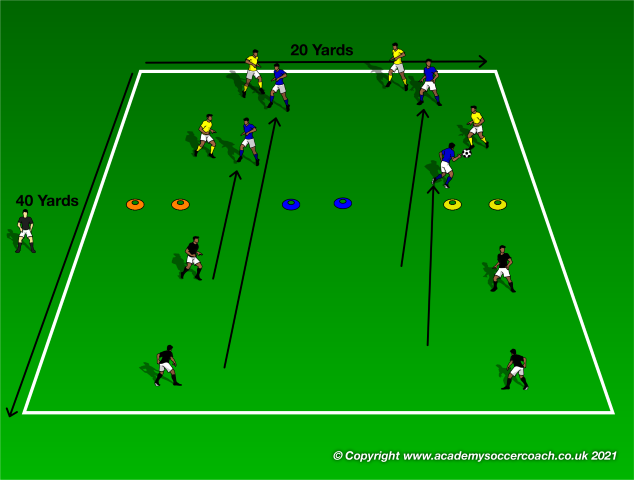 Once the defending team wins the ball, the team who lost the ball now transitions and becomes defenders and the newly minted attackers attempt to pass through the gates as the other team had done before. 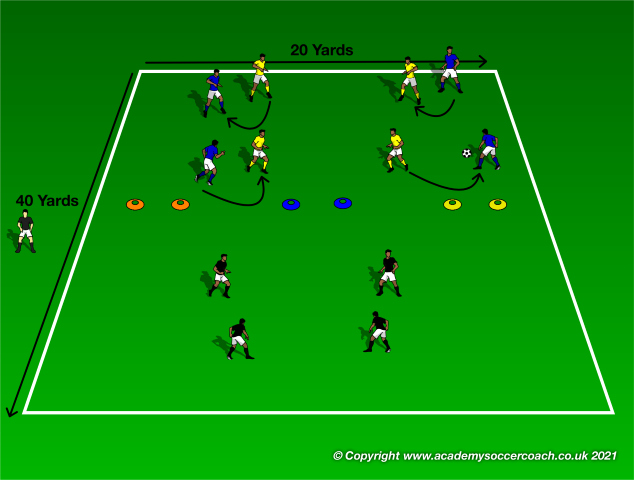 These transitions should occur every minute or so with successful passes between sides as the teams should be evenly matched.

The coach should be using the moments that occur to show the team spacing, anticipation, communication, visualization, closing down, etc.

Variations / Restrictions
● Field size can be enlarged or reduced depending on players abilities, but should be rectangular and have passing lanes.
● Require players the need to pass through different passing lanes to avoid one side being used more than the other.
● Encourage passing and not “1 v 1” to avoid a few players trying to dribble around everyone.