This practice combines 3v1 possession game and 1v1 scenario (striker vs defender) into a counter attack situation. It involves a lot of passing, movements to receive and most importantly forward runs off the ball. From the conditioning point of view, it focuses on the ability to repeatedly produce high intensity sprints sustaining the pace and power. That is especially relevant in transition phase, where players have to make supporting and recovering runs.

Organise a 8 x 8 yards box around 25 yards from the edge of the penalty box. Divide the team into attackers and defenders. Place the goalkeeper in full sized goal. Organise four players (three attackers and one defender) into the square to play 3v1 possession game. Set one attacker and one defender around the edge of the penalty box (restrict them from going further than half circle). 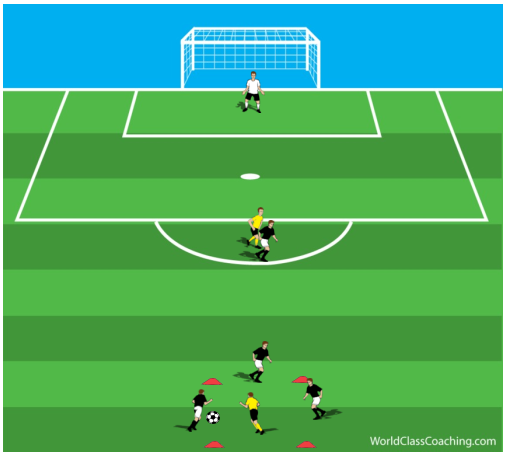 The players in the box play 3v1 possession game with the aim of making 5 passes (can be increased to make it harder). If the defender gets in possession of the ball and stops it, the game is restarted. 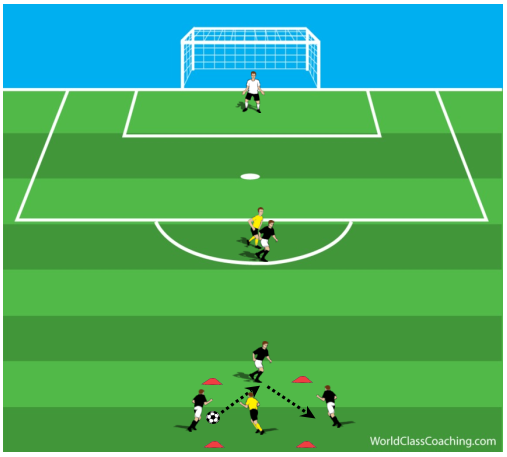 After 5 passes are made, the attackers try to pass the ball into the striker. Any player in possession of the ball can try to make that pass but doesn’t have to make it straight away. Players can control possession and wait for the right moment for it. 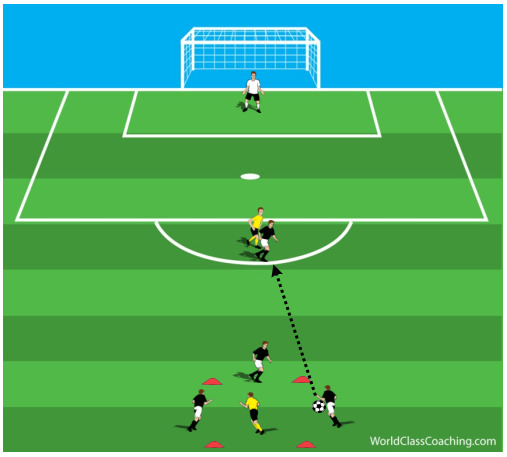 As soon as the ball is played, all attacking players make quick forward runs off the ball to support the striker. The defender from the box also recovers as quickly as possible to get organised and defend the goal. 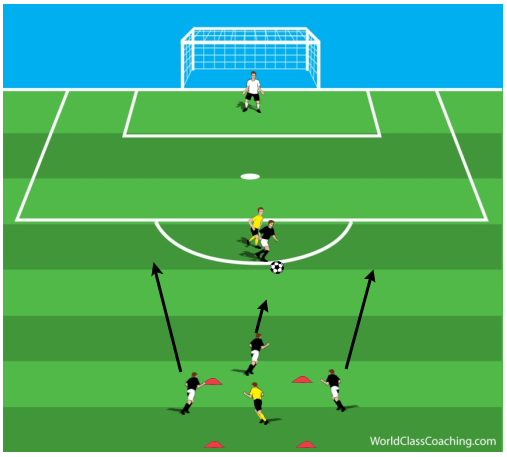 Striker can turn and score straight away but to make the goal count all the attacking players have to be inside the box. Second option is to hold the ball and try score through quick combination play with supporting players. In both cases, the attack can only last up to 6 seconds. 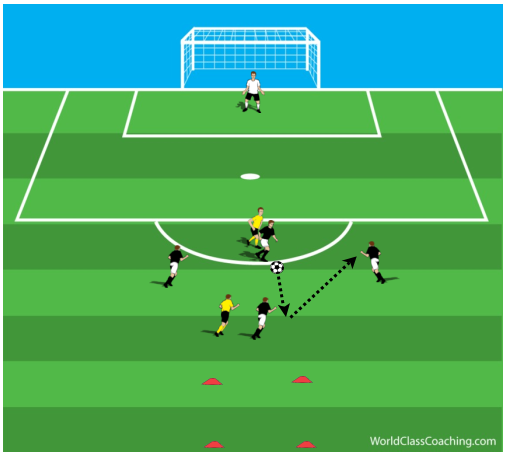 The practice should be repeated 4-6 times in 1-2 series with 1 minute rest between repetitions and 4 minutes between the series.