A quick Youtube search of the 1978 Dutch National Team reveals what pressing can look like when taken to its most extreme measures. Packs of roving players, up to 8 at a time, running full sprint at the opposition player on the ball leading to blind passes forward or out of bounds While this extreme form of the press has gone out of vogue, Klopp’s Borussia Dortmund brought pressing in general to the forefront of the tactical evolution with Gegenpressing. Besides the physical demands, the second hardest part of creating an effective press is the team wide coordination that it requires. If one role of the formula (pressure, cover, and balance) is off it can lead to gaps and goals. One tactic to make pressing more effective is to assign “pressing teams” within the squad. For example if the team is in a 4-4-2 the left side striker, the 11, and the left side 8 would form one of the three man teams. On the opposite side the three players would form another. 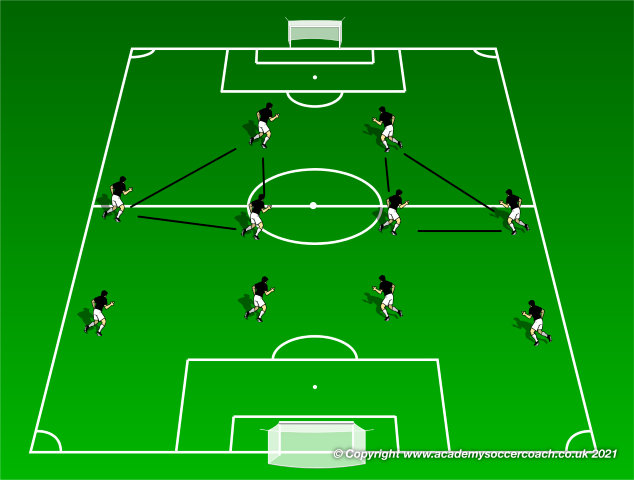 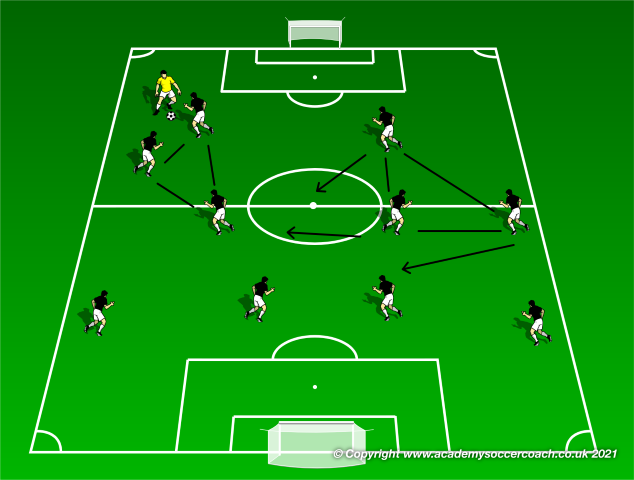 The benefits of the attack are breaking down the roles from 11 across the pitch, to small groups that can increasingly become more familiar with each other, which should lead to them becoming more effective in their press. 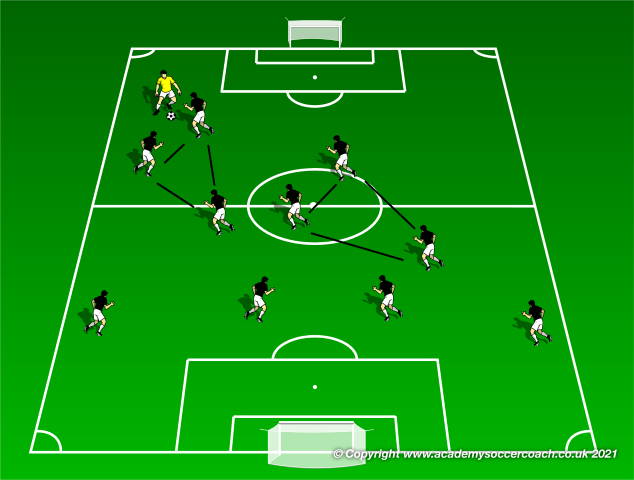