Most coaches have heard the Mike Tyson quote “Everyone has a plan until they get punched in the mouth”, and it rings especially true for the game of soccer. The best made tactical stratagem can be laid bare when the opposition scores from the kickoff, or your key left winger is sick and misses the match. The key to combating these unexpected events is preparation and communication. Practicing numerous situations in practice will not only make players more adept at adjusting to those specific scenarios, but to any issue that may arise in the game by developing players that are used to coming up with creative solutions to problems. Creativity is wasted though if it is not communicated amongst teammates. That's where having a communication protocol comes in. Hand signs are a common way of communication tactical changes, such as holding up a certain number of fingers or patting the chest or head. This can be communicated to the entire team or to a captain on the field to spread the message, the players then repeat the motion to acknowledge they received the tactical change. What is most important to making these in game changes is keeping it simple by keeping as much of the tactical information the same for players as possible and giving the players that do need to change their role simple and clear instructions. The example shared here is switching from a 4-3-3 to a 4-2-3-1 mid game. 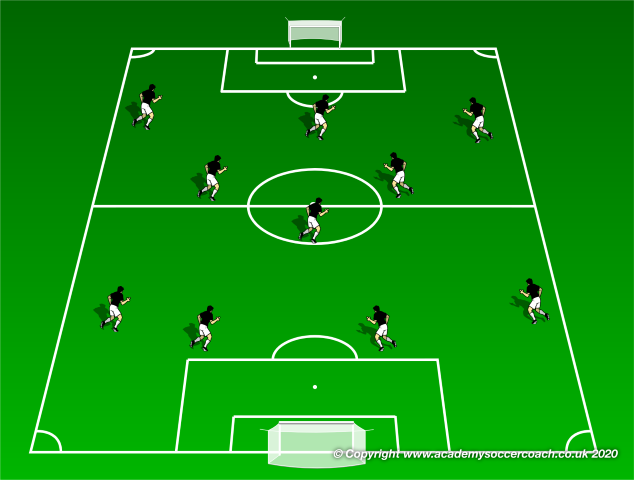 The backline positioning will stay the same, and in fact their jobs will be made easier by the added cover of the wingers dropping so instructional points can be made fairly simple. The wide players in the front three have the most dramatic positional change, but the explanation can be that they are more or less performing the same job, albeit from a deeper position and with more defensive responsibility. 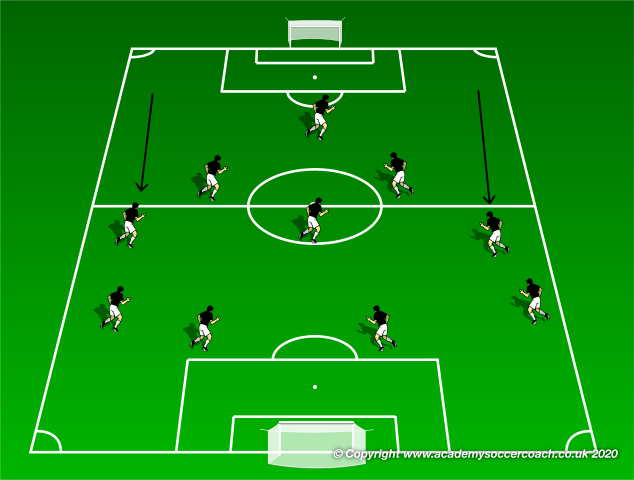 The striker will need to likely hold on the ball for longer periods to let the defensive runs develop, but the attacking midfielder behind them (the 10) will be freed of a lot of their defensive responsibilities and will be able to make runs off the 9.

The two wider central midfielders should drop, or the triangle can just rotate depending on personnel, to form the 6 and the 8 of the midfield, again here the biggest change role here is the deeper starting position. 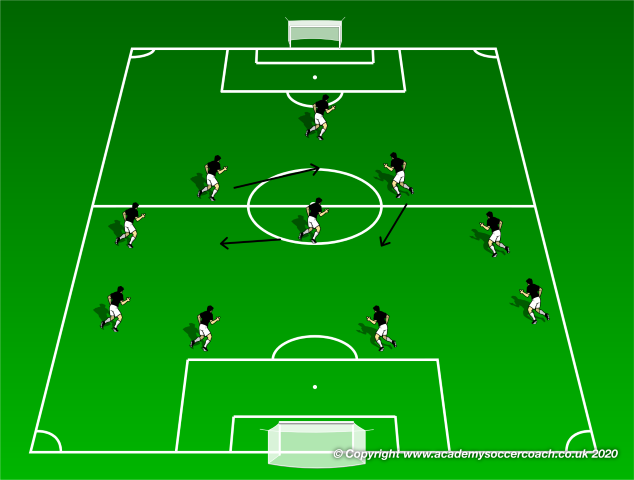 The key changes ultimately will be deeper starting positions for the wide and central players ,and the 9 will be more isolated, but an increase in defensive cohesion and counter attacking ability from deep.