Question - “I love training passing and possession.  Do you have any drills or SSGs that include all players being active in the drill?”

We are on the same boat mate! I’m also a big lover of possession-based game and practicing on it is one of my greatest joys in coaching.

So here goes a few ideas:

Quite simple but a pretty rich drill in concepts. You can have as many groups of three as possible, also adaptable to groups of four (have two player in the middle). Player in the middle receives a pass from one of the sides, turns and pass it to the other side. This pattern goes on for as much time or many reps as you would like. 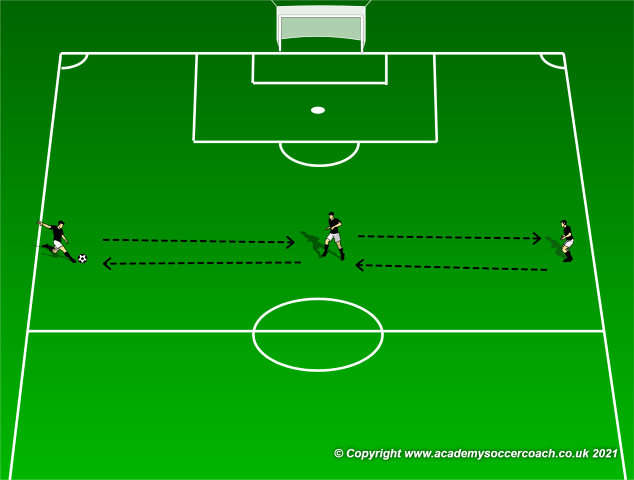 This drill gets the player to work a lot on communication, perception and third man runs.

Have four cones positioned in a diamond shape and then set up a square inside this diamond. One player positioned in the center square and all the other players at the diamond cones. The pattern is:

#1 passes the ball to the center player who will decide who they want to pass to.

In the example you will see center player passing to #2 and leaving the square.

As soon as this happens, #1 runs to the cone opposed to #2 and the player currently at the opposed cone (#4) runs into the square.

Challenge them to do a certain number of passes in 30 seconds for example to get the drill going on a high tempo.

Progress as you would like to different action rules to get their speed of reaction and decision making on fire! 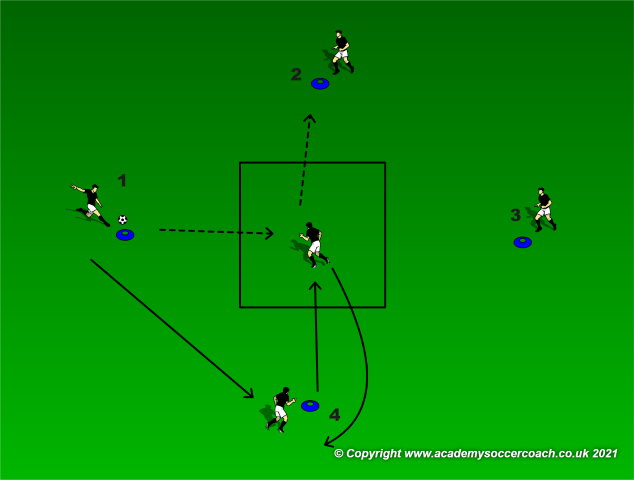 1-) Four players on the outside with three starting with a ball, one player on the inside. For a set time, center player receives a pass from a player and must find the outside player without a ball to pass to.

2-) Same set up as before, but now only one ball starting with the player on the inside. For a set time the center player needs to distribute the ball to all players for as many reps as possible. 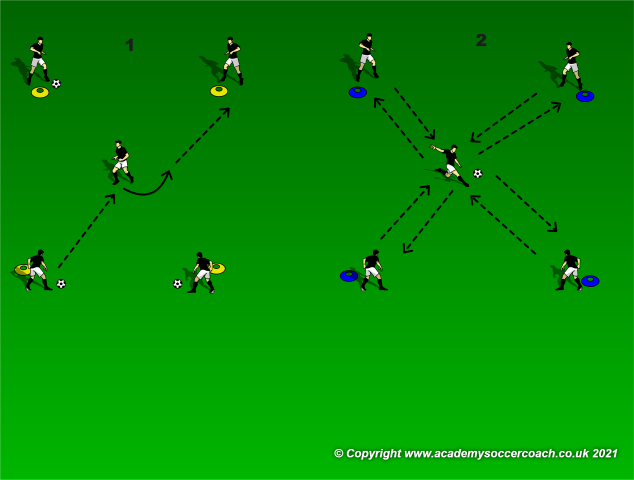 Did you think I was not going to add a small-sided game? If so, you thought it wrong! Here goes a great one to get the whole team in the same action.

Split the group into four different teams. Then set up four squares for each team and leave some space in the middle of them for you to be there with all balls.

The game is played in a counterclockwise orientation. So, if the coach releases the ball into the black team, the yellow sends one player to be the defender there and the blacks must get five passes between them. As soon as this happens, they look into transferring the ball to the orange team. The yellow defender goes with the ball to try and stop the next team from getting five passes. If the yellow defender touches the ball or the oranges kick it out, the yellow player goes back to their square and the coach quickly serves a ball into the blue team and the orange team sends a defender there. If the ball gets to the third team (1st team gets five passes and transfer > 2nd team gets five passes and transfer) they are the ones to get five passes but this time they won’t transfer to the next team after all, that’s the defending team. So after the five passes they aim to pass the ball to the coach. 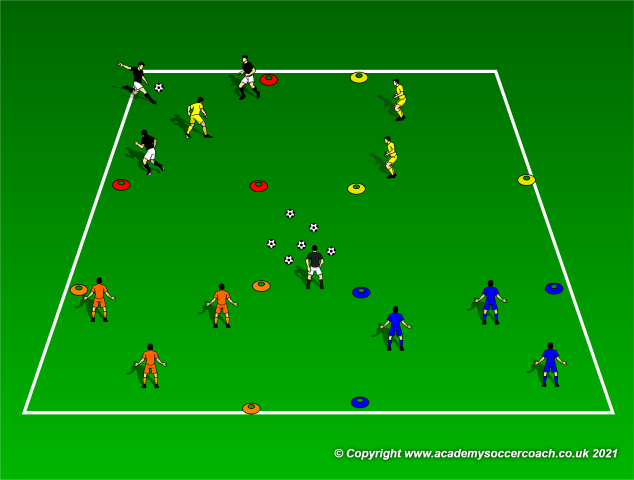