In the 3-5-2 the midfield triangle is the positional relationship that most determines how a team’s 3-5-2 will play. A front facing triangle allows for a more defensive or counter attacking style that focuses on the attacks in the midfield coming from one of the 6s releasing and hoping to exploit openings in the opposition defensive posture. 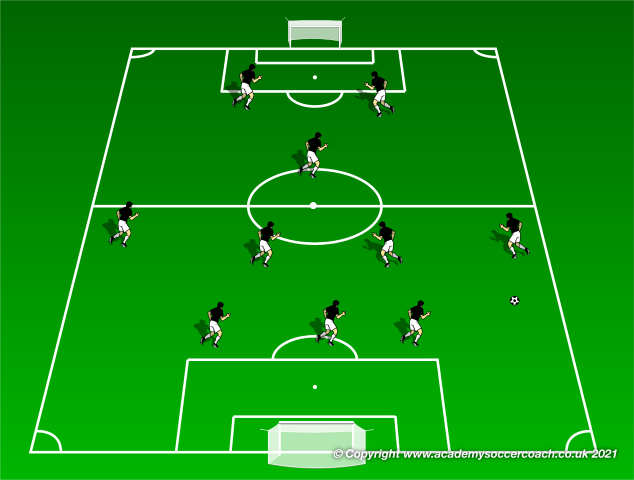 The rear-facing triangle gets more players forward and is more useful for an attacking, front-footed style with a designated 6 who is consistently the pivot in attack, and breaking up opposition attacks in defense. 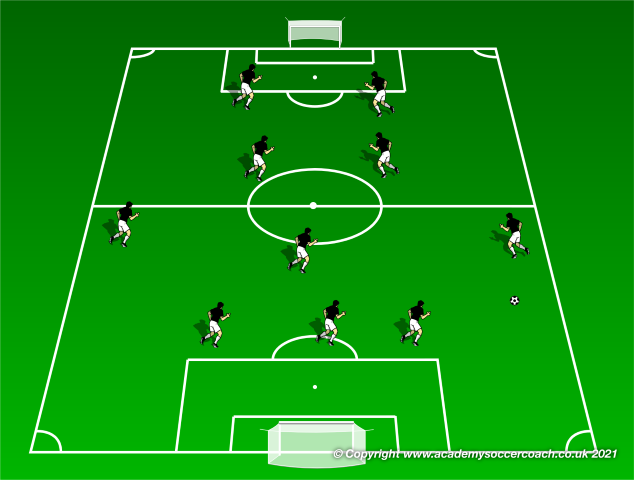 No matter which of the shapes you choose to run it is important that offensively that players are pushed forward into attacking positions, but at least one player is kept central to maintain balance ad break any counter-attacks, so if it is the forward-facing triangle one of the 6s pushes forward while the other maintains balance if it is the rear-facing triangle the 6 stays central but the other 8 should push forward into a 10/9 role. 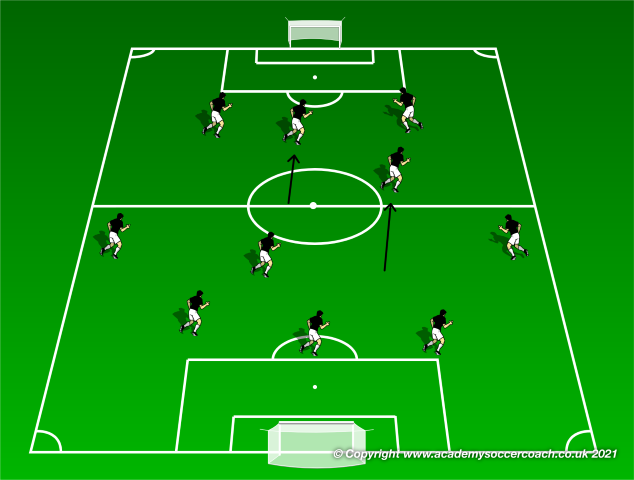 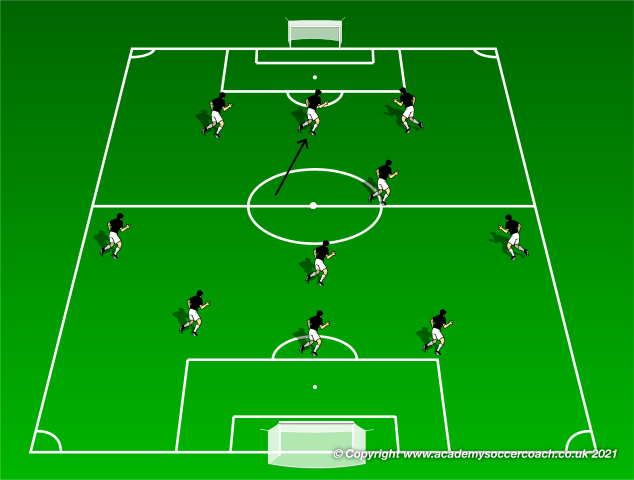 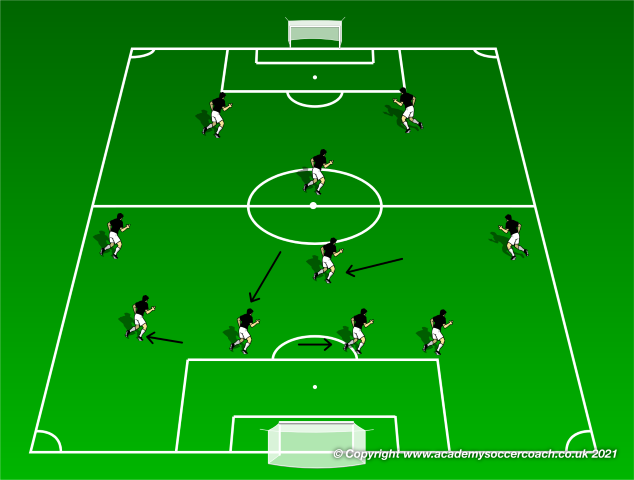 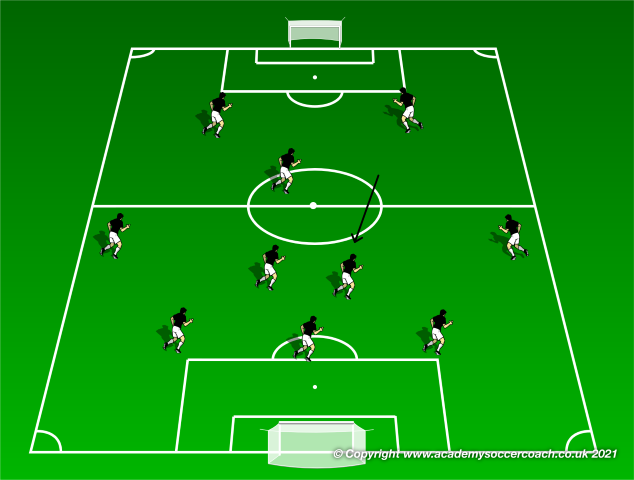