If you watch Pep Guardiola’s Manchester City you will see an abundance of this type of assist: 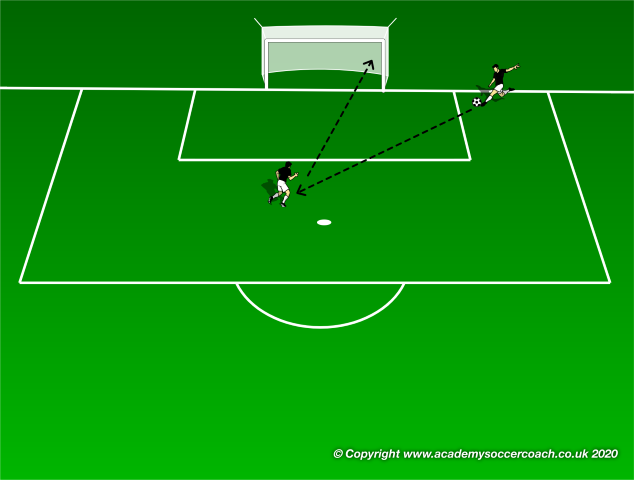 It often comes from some type of patterned play that leads to a winger getting isolated with a fullback on the edge of the box, takes the ball to the end line, and plays a low and hard pass to an oncoming striker. Oftentimes wingers in more traditional squads will tend to get into that isolation and try one quick move to get separation, and play a conventional cross. While this doesn’t always replace the conventional cross for City, it does have many advantages. Such as:

● The ball being played is on the ground and usually coming towards the striker which means it is easier to hit than an aerial cross or a square ball running across their body.
● The Goalkeeper will often be running across their goal mouth to make the save since they will be forced to rush to their near post or the passer may be able to finish near post
● The defenders will have their backs to the attacker so they will be off balance as the ball comes back to the shooter, so they will be more prone to mistakes and often be out of position

Many player’s natural reactions, though, will still be to hit that initial cross rather than get to the end line because of the increased difficulty and effort to do so. So, to get players to do this consistently it needs to be something that is filtered into practices regularly. Here are a few suggestions with basic ideas for drills in a session to promote this type of pass. They are intentionally vague so each coach can alter the session to fit their own players and philosophy:

Many players may still naturally want to play a square ball or a chip when they get to the endline so getting some type of repetition where then need to get their hips around to their target and pivot on their plant foot is key. Here we can start with the final product and work backwards, having coaches play a ball into the “winger” who hits a ball low and hard to a line of strikers who try to finish, and then switch lines. Distance to the winger’s sprint can be increased to add a level of fitness, and defenders can be added to increase difficulty. 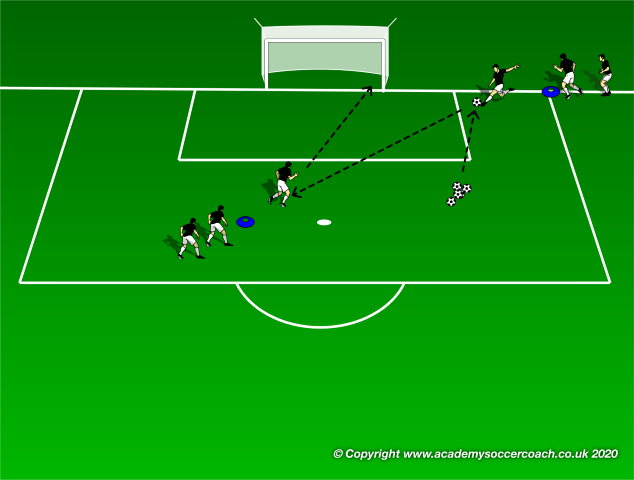 2. Create repetition of the situation

Next we want players to begin to see the opportunity to play this pass organically so we want to create as much natural repetition as possible. To do this I would suggest either creating free spaces in areas by the end line or placing bumper players at the end line corner of each 18 so attacking players can play off them to receive the desired pass 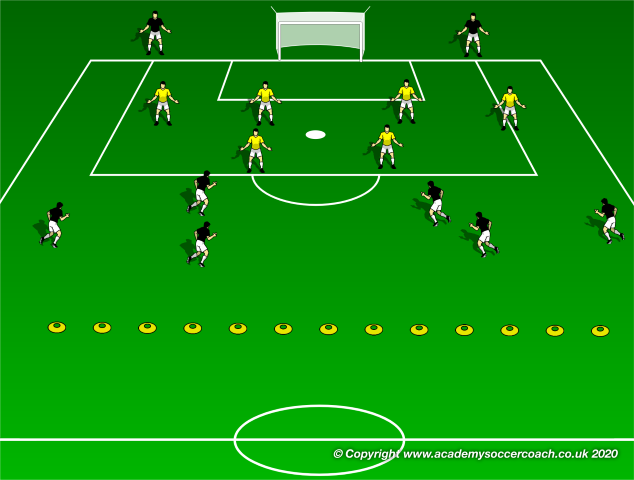 Next step is to remove the unrealistic bumper players and make the game as real as possible, but with certain stipulations to promote players to play the desired pass.To do this, one suggestion is to create a line where players gain points for connecting a pass that comes backward from the line. Creating a weighted point system can motivate players to try to recreate the desired pass, something like: 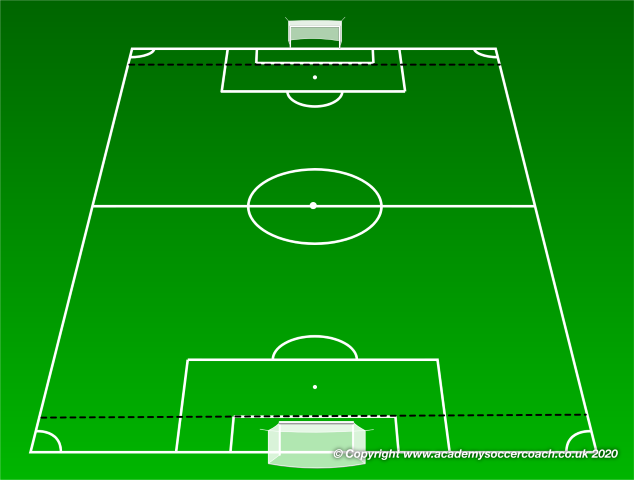 The final step is to play a full game with no stipulations and assess how much the players have taken from the session.