Description:
This drill is helpful in helping player recognize that the skills that are practiced in repetition are not just for that isolated drill, but to transfer to workable technique on the pitch. 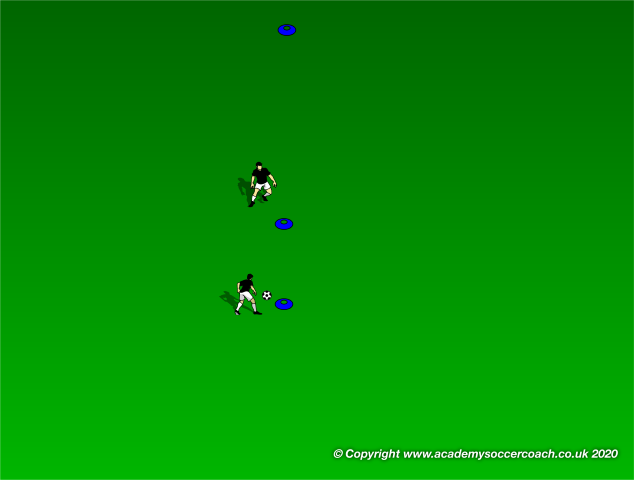 Execution:
The passing player starts by playing to the active player. The active player executes some type of technique such as a volley with laces, volley with instep, header, chest to volley, thigh to volley, receive on the left side of the cone-roll to the right side-return pass, or just alternating left and right footed passes. This should go on for between 30 seconds to a minute. 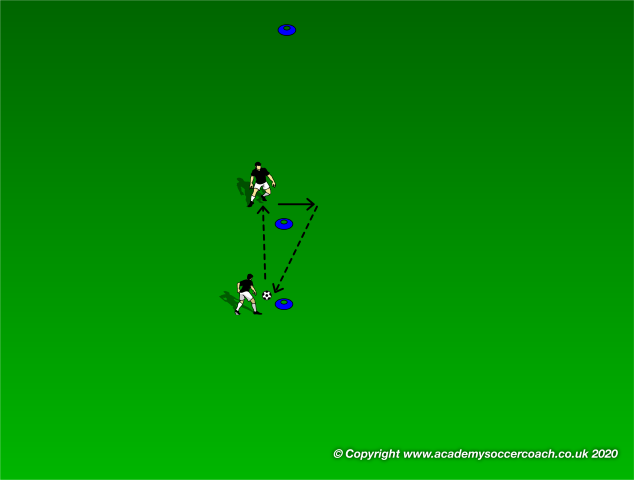 After time has elapsed the coach should use a signal (whistle, clap, verbal cue) to cue the active player to turn and sprint around the far cone and then return to the cone where the passer was. Once the active player reaches the passer cone the passing player goes to the active cone and the player switches roles. The keys coaching points to the sprint part of the drill should be that once players move to sprint they should be dropping their shoulders and driving hard off their pivot foot. Sprint form should be critiqued and corrected during the sprint phase. When the players reaches the cone where they are going to turn around it is important that the player chops their feet and decelerates in a controlled manner and again drops their shoulder to take a sharp turn around the cone 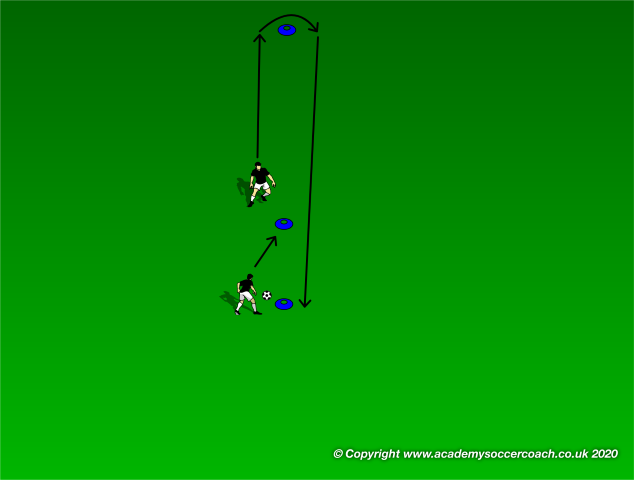 Variations:
- The choice of techniques for this drill are are really only limited by the imagination of the coach
- The length of the sprint can be varied depending on the age/fitness of the player
- To turn the drill into a more technique or agility based drill players can take the ball during the sprint phase and complete an agility circuit with the ball. 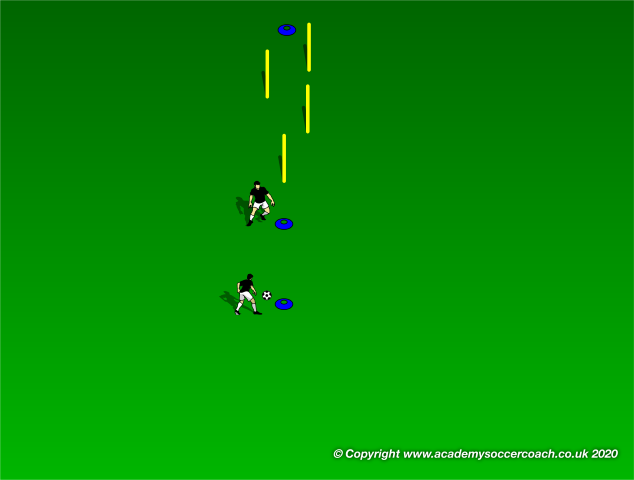