Side by Side Transition Game

Description: This small sided game is used to improve game and spatial awareness with a focus on utilizing the 6 to switch play. It can also be used to teach defensive positioning and 1v1s

Setup: Create two grids that are connected in the middle. The size of the grid should be determined by the number of players and their skill level. Create two teams to play each other, then split those teams in two so team 1A will face team 2A and 1B will face 2B. Place one or two neutral players on the line that divides the grids. Place small sided goals at either end of each grid. 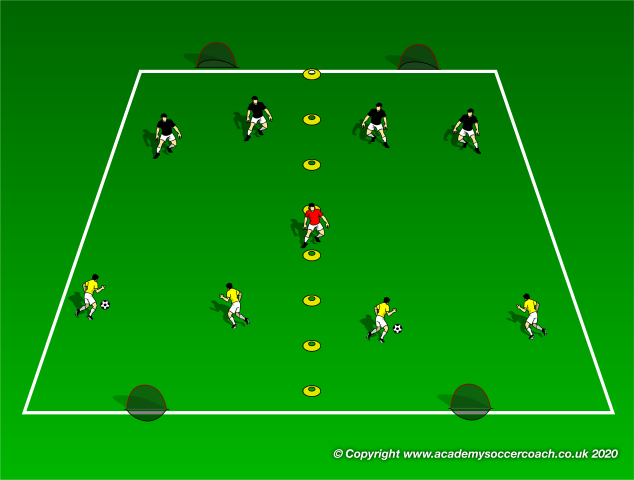 Execution: Play starts with a ball in each grid. Both teams play a small sided game against each other in their own grids. The neutral player, representing the 6, can receive the ball and either play it back into the grid where the ball came from or transition the ball to the opposite grid to the same team he received from the other grid. 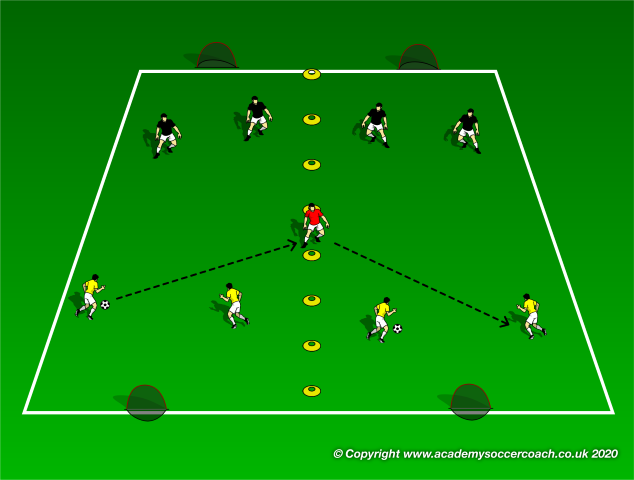 Once this happens the grid with two balls plays the game with both until a ball goes out, once one ball goes out the ball starts on the opposite grid with the team who should have possession on the other grid. 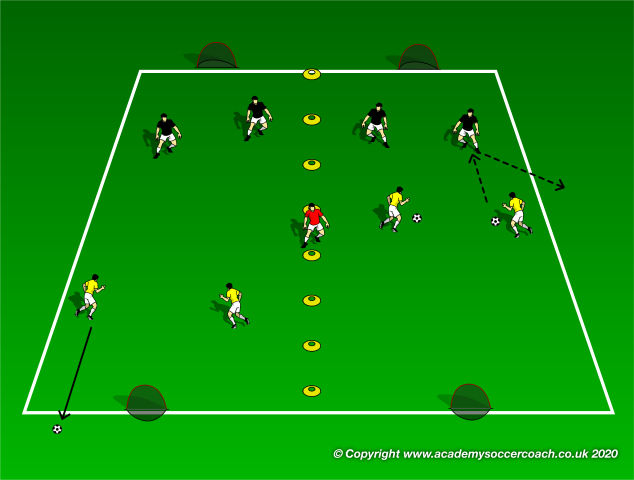 Winner is the team that has the most combined goals between the two grids.

Variations:
Depending on the system of the team, additional 6s can be added to more realistically depict the system

An additional stipulation can be added that as soon as the ball enters the opposite grid, that grid plays with the two balls, and the grid with none picks up another ball, this can continue as long as the balls stay in bounds, once they go out they stay out unless the grid has 0 balls in play.