Objective
This session will focus on passing and maintain possession.  The focus needs to be on proper weight and direction of the pass and the quality and creativity of the runs. Communication including calling for the ball and what areas are open such as calling “switch” are critical. 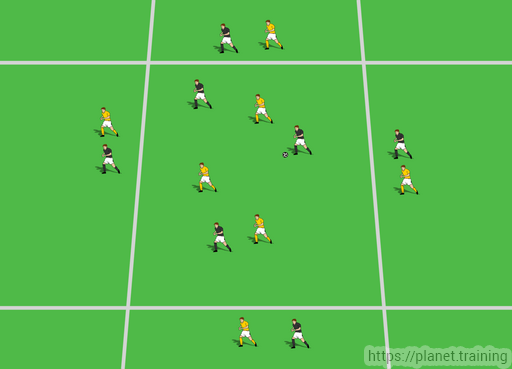 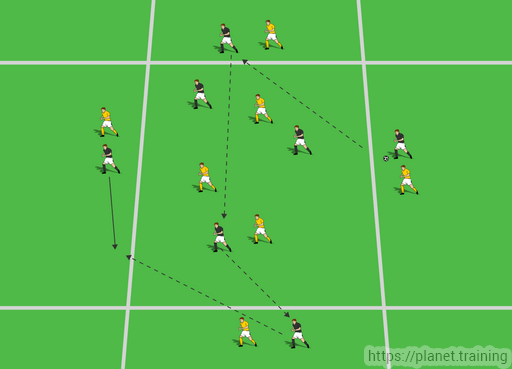 The next iteration is for the outside players to be able to play each other with more active defending on the outside.  Again only passes can be intercepted – there is not challenges on the ball in possession.  However a bad touch that results in the ball not in control can be taken by the other team.  See diagram 2.

Coaching Points
• Change the middle 3 players frequently.  Every 3 minutes or so
• Passes must be weighted properly and sent to the correct foot of the receiver
• Remind players of in game situations where this is valuable and how the decisions of your teammates affects your decisions and options.
• Add touch restrictions – 2, 1 touch
• Add more defensive pressure by allowing 1v1 attacks on the outside
• Points awarded for consecutive passes or playing a certain outside player.