One of the challenges of coaching the 9v9 game is getting players to recognize how what their teammates are doing affects what they should be doing, nowhere is this more difficult than in playing two players in the center midfielder role. Oftentimes the players will become redundant, chasing the same ball or pass, and leaving space to be exploited. A fix for this is to give the midfielders specific cues/roles to follow. 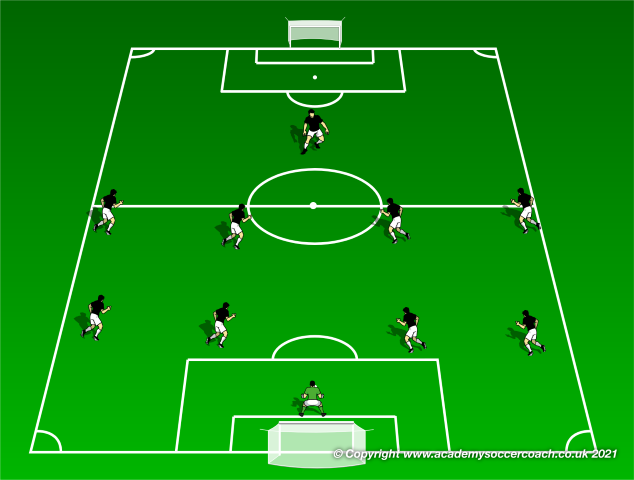 The first is that one player should be attack and one should be support. The cue here is the ball is won by one of the defenders one of the midfielders is assigned the role of the 10, so as soon as possession is gained this players job is to get forward. They start to recognize the role that the concept of depth plays in the game. The other players role becomes the 8 so as soon as they see the cue their job is to look to receive a medium range pass from the defender. 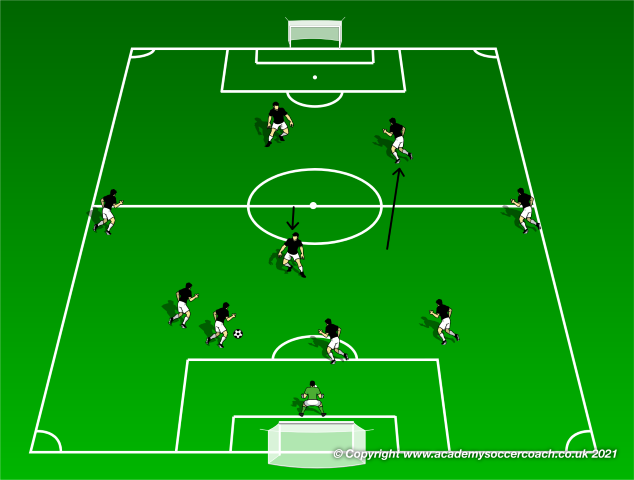 On the flipside if the cue is that the ball is lost, one player can be assigned the 6 role and the other the 8. The 8 has free reign to chase the ball if is in the center of the pitch, while the 6 should drop in right in front of the center back and provide any support they need. 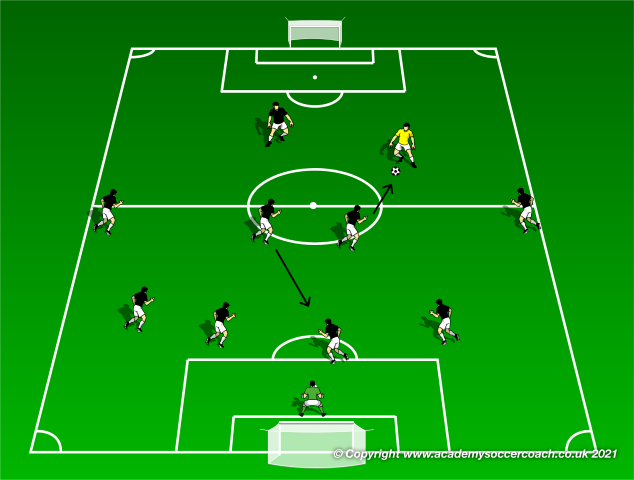 The 6 is looking to pick up runners coming towards the back line, but their second visual cue is recognizing when the ball gets past the 8, they then take that role of providing pressure. 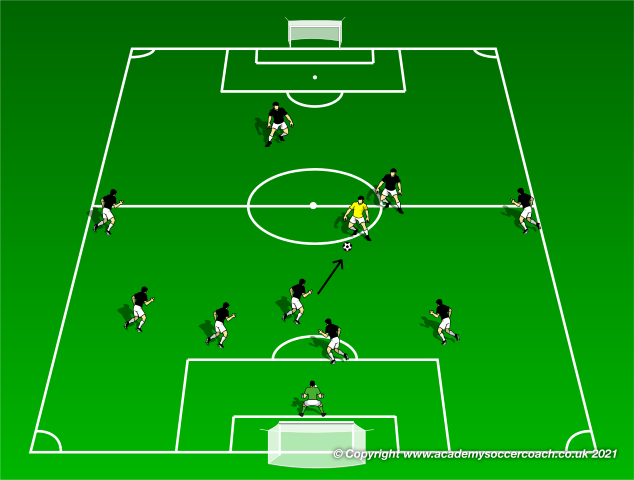 These roles can start as assigned, with them flip flopping from game to game, then as they become more comfortable, with the use of training, they can become more situational as players start to recognize their positioning in relation to the visual cues they receive.