While in recent years the 4-4-2 has received some negative press in recent years, the reason it has stayed a viable formation is its balance and flexibility. One way that this flexibility can be exploited is by adjusting the width and depth of the formation. The area that provides the most flexibility is the winger position. The width of the wingers, more than any other position, forces the opposition to adjust their defensive set. 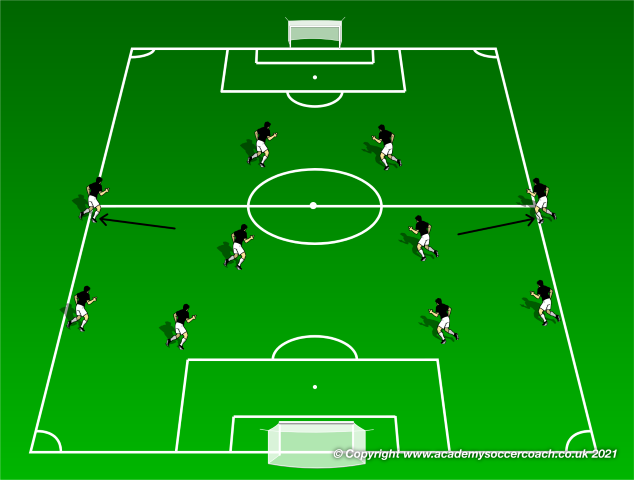 The first advantage of the width is that it provides a clear outlet for the outside backs during the build-up, either that or it draws the defensive midfield so wide that it allows the defensive to build through the midfield leading to a more direct route to goal. 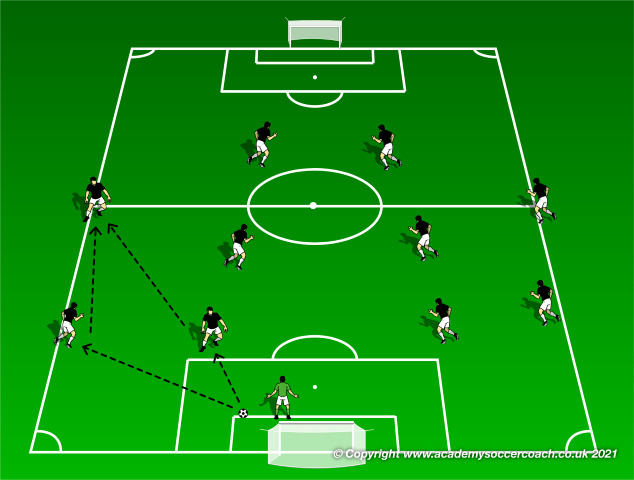 Playing wide to the winger will then force the opposition to shift to one side of the pitch, allowing for the attack to be switched to the side with the newly created space. If the opposition is unable to get numbers towards the ball side winger, that winger then can exploit the space to go forward quickly and find themselves in isolation either against the opposing winger or outside back creating 1v1 opportunities. 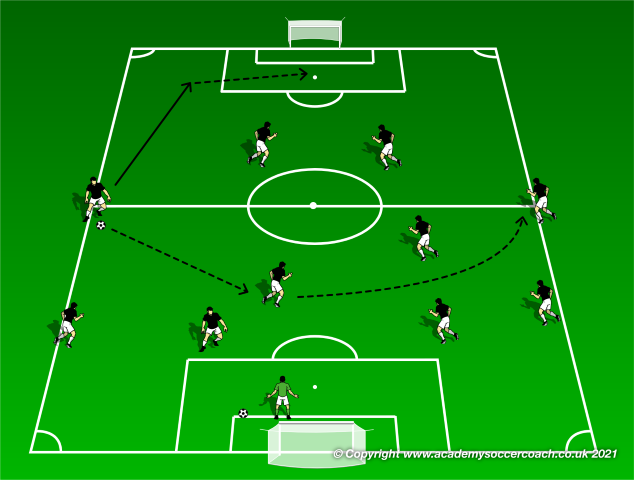 In the regular run of play the wide winger can also ask questions of the opposition winger and outside back. The opposing winger will need to decide to stay wide and be near the wide winger or tuck inside, which can cause congestion in the midfield. They will constantly need to be making their own attacking decisions based on their defensive responsibilities. 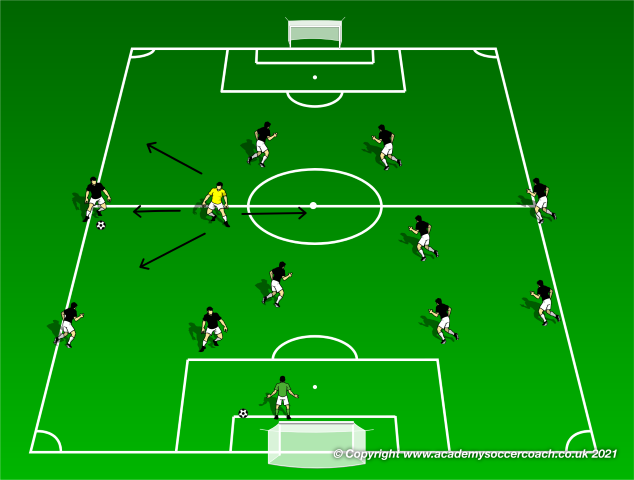 The outside back can also be affected by being constantly pulled out wide. If they stay compact the winger can exploit the open space and find crosses into the box. If the outside back chooses to mark the winger tight, it will leave gaps between them and the centerback that then can be exploited by the forwards and midfielders in the formation. 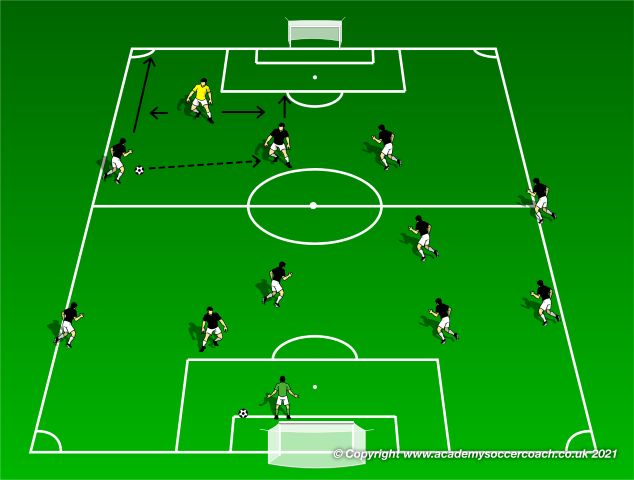