Playing a 4-3-1 in the 9v9 game may seem at first look to be an overtly defensive formation, but it can be a great teaching tool to introduce defensive players into the attack. 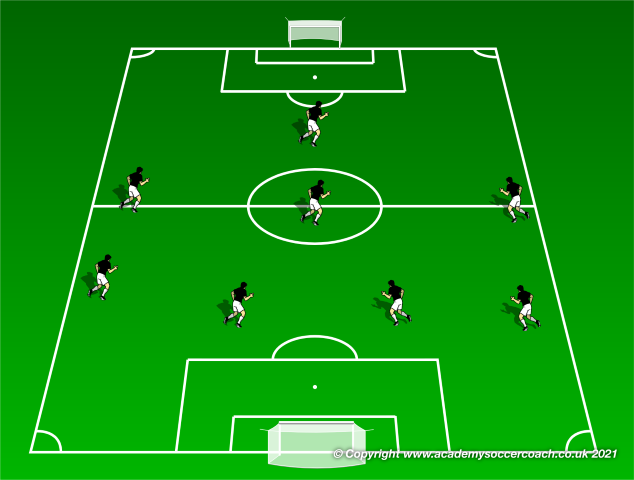 The 9v9 game is all about teaching, and you can teach most everything you need to on the defensive side of the ball playing in a three-back system. One thing that is difficult to teach in the three back is pushing the outside backs forward. Often times defenders will be taught that if they leave their space this is bad and they will let up goals, so looking back as they go forward to see only two defensive players covering for them can be jarring. With the assurance that there is three players behind them to cover for them outside backs can be coaxed to join in the attack. The biggest thing that needs to be taught here is the defense recognizing the visual cue of the outside back going means they need to slide into a three back. Once this is accomplished the outside backs can become dangerous weapons-making runs from deep. 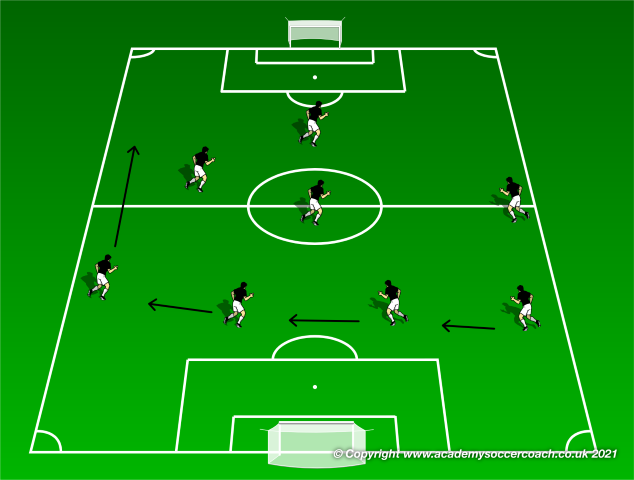 Once the outside backs feel comfortable moving from their static positions, the next step is to get them to recognize over and underlap opportunities. The most obvious opportunity to do this is off of the winger. Outside backs should be taught that if they see open space on the wing they need to fill that space with the overlap. If the winger is brought out wide, they can then underlap since when they overtake the winger they will be able to be in a cover position possession is lost. In this formation, the CM can also be overlapped resulting in the formation becoming a 3-4-1 in attack. 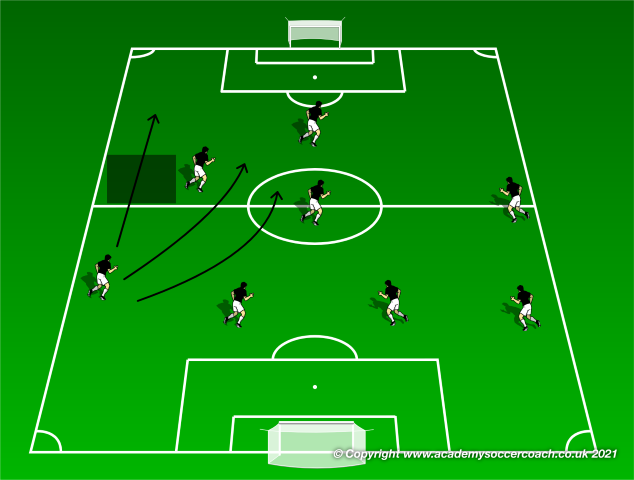