Question - “Sometimes when I work on possession at training sessions, the players get bored. They want to play games or shoot on goal. Do you have any possession drills or games that might do a better job of keeping the interest of my players?”

Here goes a great idea that will combine both possession, game and shooting!

Setup:
You will set up two squares apart from each other. One team on a square, the other team on another square. Coach will be positioned in between the squares so they can serve the balls. As the image below shows, you will set it up at a certain distance from the goal. Both the squares size and the distance to the goal will be up to your group level. For this example, two teams of 4 players + a goalkeeper. 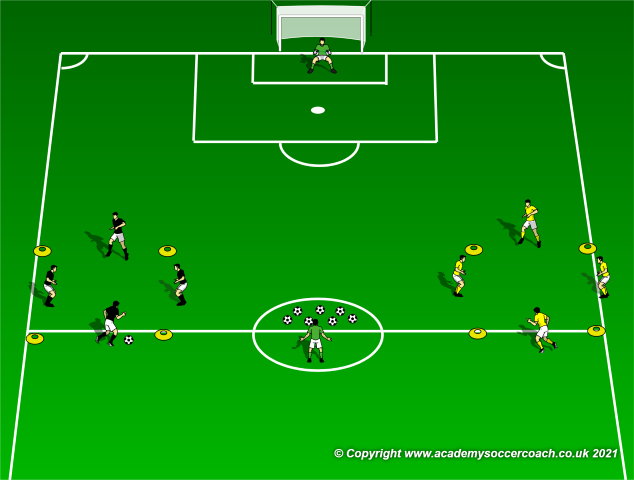 Execution:
Teams are going to play a keep away game, one at a time. So when the coach serves the ball into one square, one player from the opposite team comes in and try to steal it or force it out of bounds. 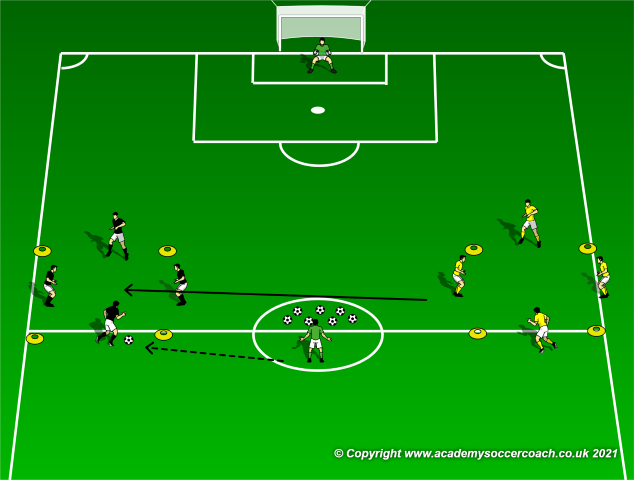 The coach sets a goal of 7 passes in a row. Whenever the defender touches it they reset the count. If the defenders steal it or the ball goes out a bounds, coach will quickly serve another ball into the opposite square so the other team have a go. 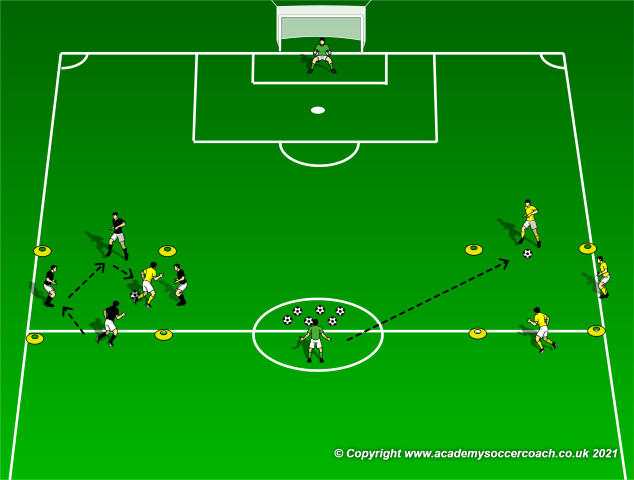 If the team accomplishes 7 passes in a row, each player is rewarded with a 5-seconds shootout (on coaches’ command, the player has 5 seconds to score. They can dribble closer to the goal on this time if they want to). 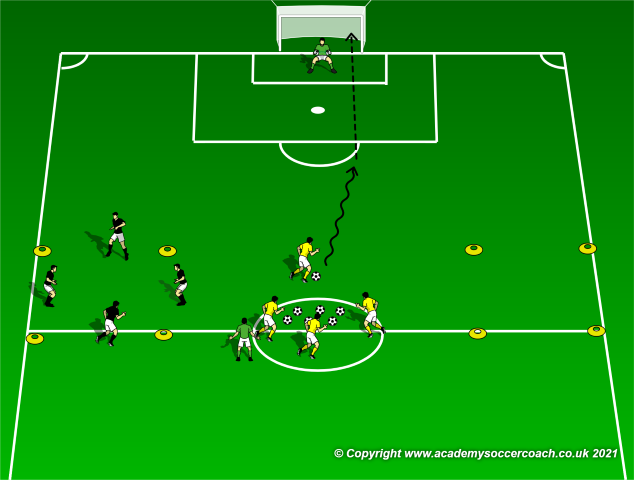 Every time a team achieves the goal, you will increase their goal +1 pass to get the reward.

VARIATIONS
- Increase their goal +2 or +3 passes if it gets too easy
- Teams of 6 players on possession vs 2 defenders
- Change the shooting reward (ex.: penalty kick, free kick, give and go finish etc.)