How to Take Advantage of Speed

Question - "I have a very fast center forward who is almost always the fastest player on the field. Do you have any suggestions on how we can take advantage of his speed?"

Be the fastest player on the field can be a blessing and a curse. It will always depend on the teammates and their capacity of making good use of this virtue of his. His speed and quickness won’t always take care of resolving the game by itself but for sure it helps and gives a better chance. As the Brazil's men national team says: “The essence is the athlete. The essence is individual technical quality. The essence is talent. The essence is creativity. An organized collective potentializes the individual”.

Now here goes some strategies to make good use of a fast center forward:

1. If he is fast with the ball on his feet, it’s up to you and the team to find ways to create, recognize and exploit 1v1 situations for him. Obviously being fast won’t be enough sometimes. He’ll need the skills and ability to beat the opposition. When facing a 1v1 situation where the defender has no immediate coverage and space behind him, a big touch and run past the opponent is a simple and effective strategy. 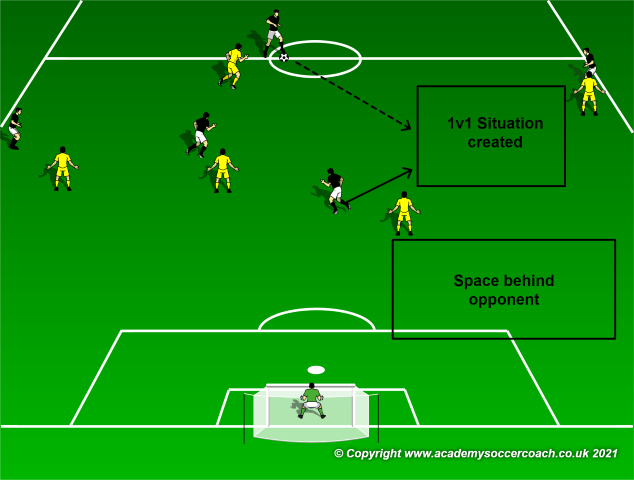 2. If his speed is better used without the ball on his feet, then it’s up to you and the team to come with a strategy to create space behind the defenders and find those killer passes and through balls. If you can rely on your defenders to build from the back, invite the opposition to make high pressure by building with short passes. This will leave plenty of space behind the defenders. 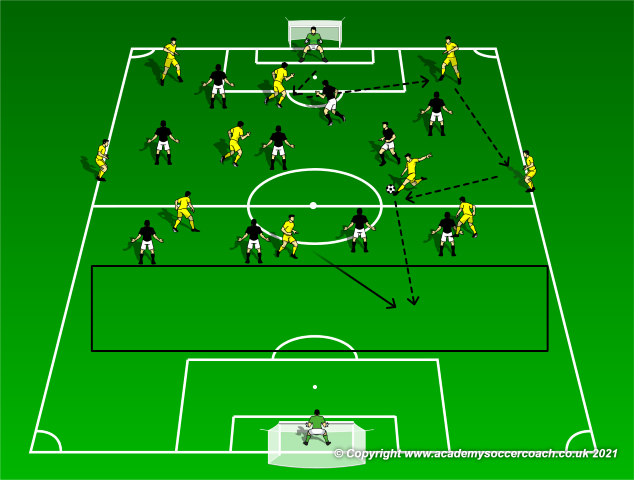 3. Encourage him to play link ups in order to get defenders out of position and receive good passes on the run. Example below: playing with his back to the last defender, lose the marker and check in, link it up and take advantage of the space created behind the defender. 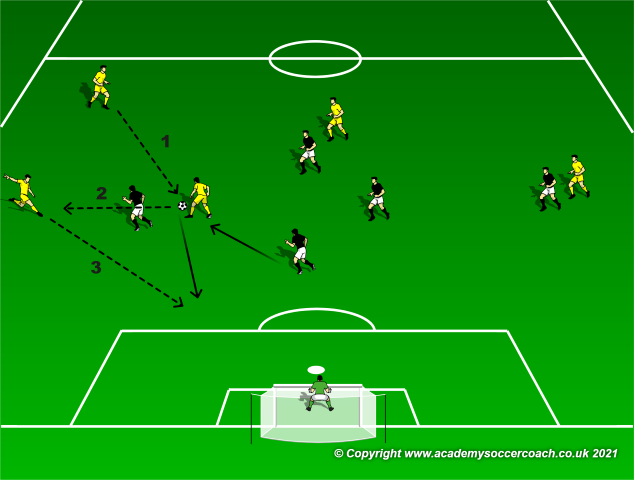 How Your Forwards Should React When Losing Possession

How to Make Defending Interesting For Your Players

How to Teach Your Players to Delay When Defending

How Time Runs Into the Box