The hardest part of playing the winger position is the constant up and down running following the ebb and flow of the game. To prevent this burn out some coaches will stick their wingers in wide areas almost like 2 wide strikers, resulting in a 4-2-4. While the formation provides very little balance it can create overloads for the outside backs and cause problems when the opposition decides to switch the ball. Here are some possible solutions to take advantage of the empty mid-left by this tactic. 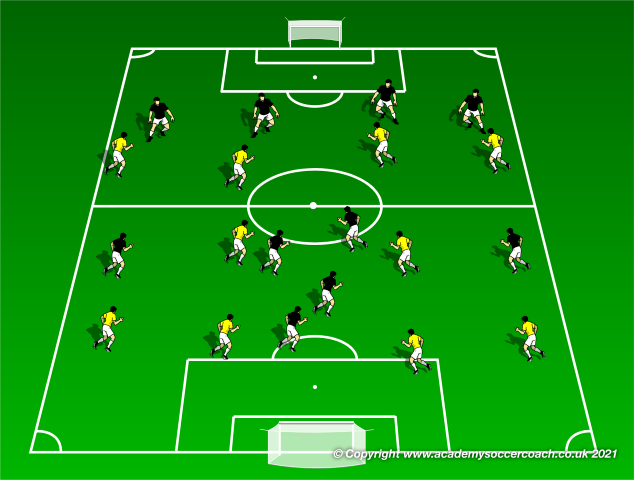 The first is to drop the backside winger deep so that the backline becomes a 5 back. This does mean that the team will lose some attacking width, and the team will sit a little deeper, but if executed right it should mean that there is ample cover for players to counter out of the formation. If the ball is won the winger and the outside back can both move forward knowing they will have 3-4 players available to cover the counter, and they will be able to spring the counter against a midfield of only 2 players. This may cause the opposition to send some of their backline forward to attack, which again will result in even greater space to play the counter. 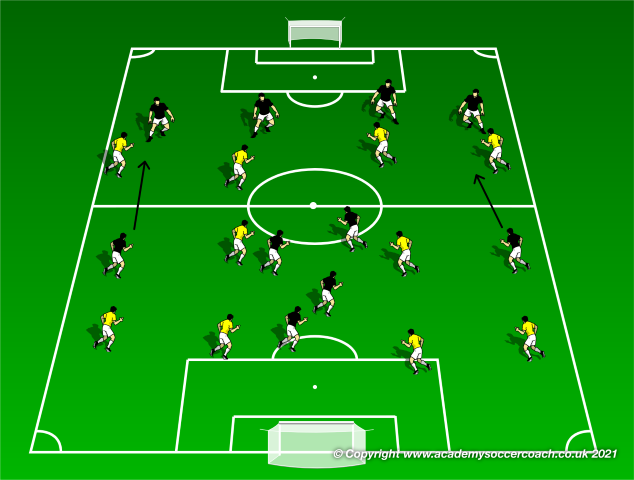 The second option is to switch to a 541 from the get-go and ensure that you always have a 4v2 in the midfield with the back 5 picking up their front 4. This may be the more effective of the two since it may force the opposition to drop their wingers deeper freeing up the outside backs to attack, but it does require three competent center backs so it is dependent on personnel. If your third centerback is weak, or your outside backs do not feel comfortable going forward it could mean that you can get gashed up the middle as the forwards run at the centerback, or the counter will stagnate. 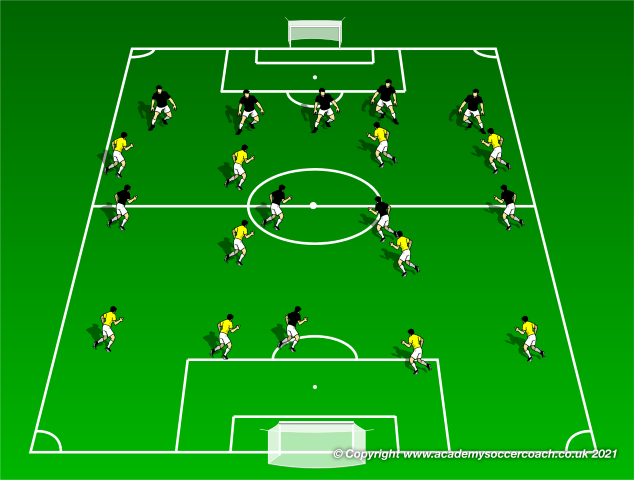