With an ever increasing focus on playing out the back goal kicks have moved from a mundane element of the game to a useful attacking set piece that helps attack minded teams set up the opposition how they want. They can play short and draw opponents forward to beat a press, or if they sit back, allow for the backline to work the ball into a comfortable position for launching an attack. If all else fails the ball can be played long to clear the danger and allow for tall and strong players in the midfield to flick the ball on to waiting strikers or hold up play to wait for defenders and other midfielders to swarm forward. The goal kick described here is for teams that struggle with the option to play long, but don’t want to invite too much pressure from the opposition by dropping numbers back. 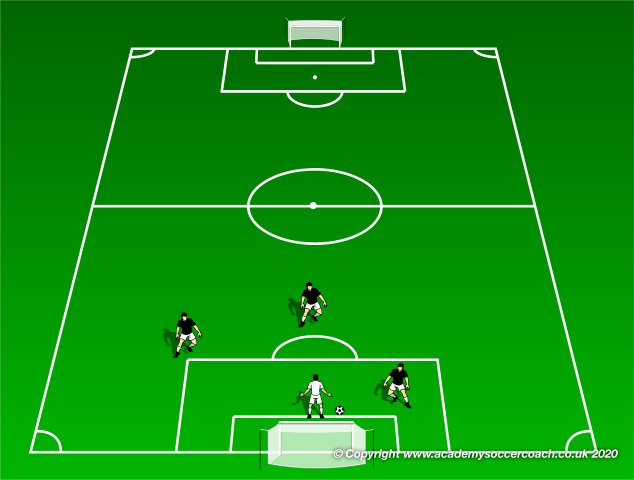 The set up begins with three players near the 18. It will depend on the formation but this will likely be a 6 and two centerbacks. One should be central, either on the 18 for a few yards back, one on one of the corners of the 18, and the other inside the 18 (if your league rules allow it). This gives the goalie the option to play short to any one of these players if the opposition drops off, but also means if the long ball is unsuccessful the defense is already set up with three defenders positioned compactly in front of goal. The goalie can coer if the ball is played short, but has additional cover if it goes to any of the other two players because of the player positioned in the box. 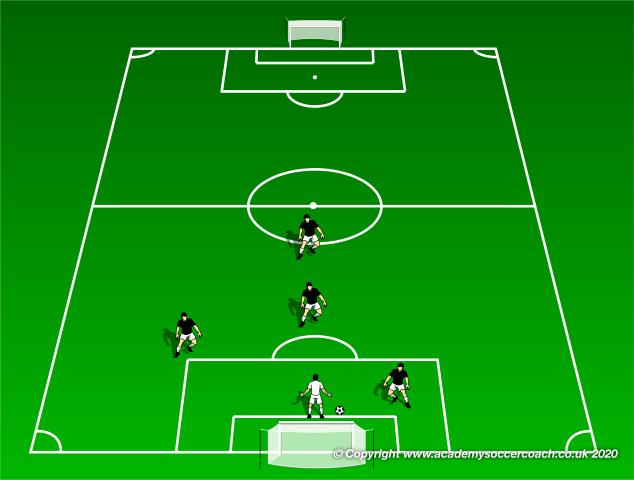 Next should be a floating player, likely the 8, to cover the central areas of the park. If the ball is lost this player will likely be the one tasked with delaying the counter so that the other players can drop into their defensive positions. If the ball is played short their job should be to link play from the back line to the more advanced players. And finally, if the ball goes wide they should drop in behind whatever side receives the ball to provide cover and a negative passing option. 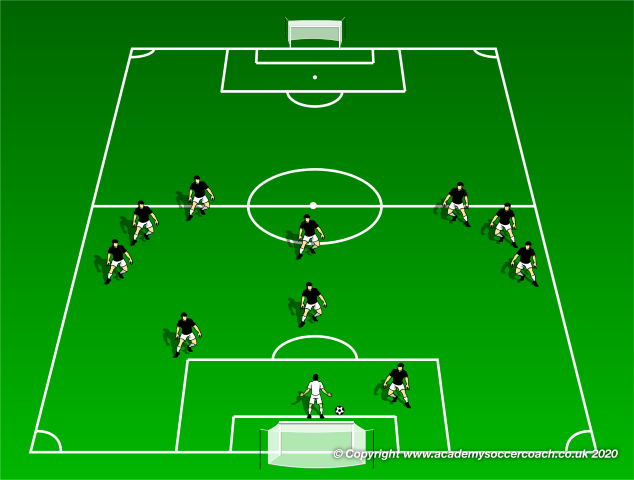 Finally, there should be groupings of three players on either side of the field near the touch line by, or beneath, halffield. The point of these groupings is that the ball should be played into a “zone of contention” rather than a particular player’s head, in hopes of increasing the chances that a ball is won by one of the three. If the ball is lost, the players are still set up in a solid counter pressing position and should be able to contest any second ball near them, with the 8 sliding over to contest anything that goes towards their own net. The side that does not get the ball then can send 2-3 players forward to attack the opposition back line, or they can slide players centrally to shore up the midfield.