Question - “As rule, when defending. I ask my players to force the ball inside, hopefully into pressure and crowded spaces. But sometimes we get caught out and it's just like we are inviting them to get into scoring positions in the center. So, I often wonder if it might be better to force them outside and way from goal instead. What do you think?”

Great question, no right answer but personal preferences and totally dependent on the team’s understanding of the game and tactical level.

1st thing I asked myself is: did you set the team’s type of marking (individual, zonal or hybrid)? That is a very important question to answer before deciding if you want to show opponents inside or outside.

2nd is: what is your team shape? How many center mids and center backs does your team play?

3rd is: what are your central players features? Do you play with a relentless defensive mid? Do your center backs keep their positions behind the center mids or do they chase wingers?

I believe you must consider your team’s strengths before figuring it out what’s best for them. Also, the defending rule depends on the game situation. Are we outnumbered? Do we have adequate coverage in the moment? How skillful is my opponent on the ball? 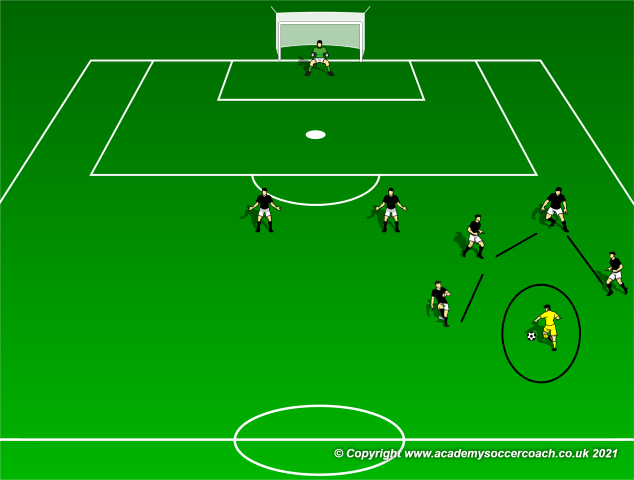 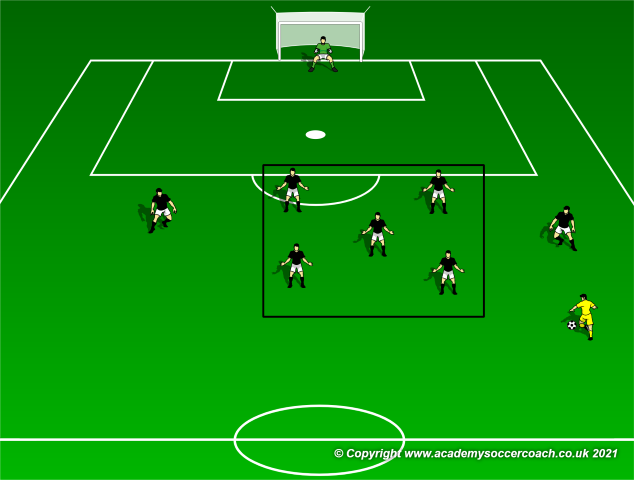 4- When your team is compact 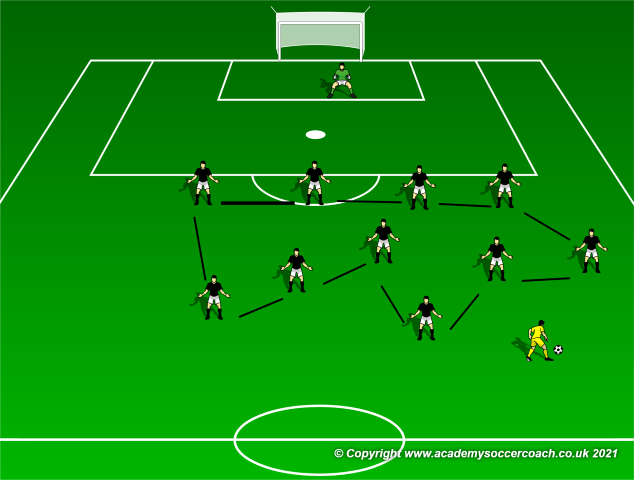 If the situation is none of the shown above, I would strongly recommend to most often force the opponents away from the goal, generally to the side lines.