Setup:
Set up a box about five feet away from the middle of the top of the 18. Box should be about 15x10 but can vary depending on player ability and age. Set up the active player with a ball 10 feet beyond the box and a passing player 3 feet in front of either corner of the six. Goalies are optional. 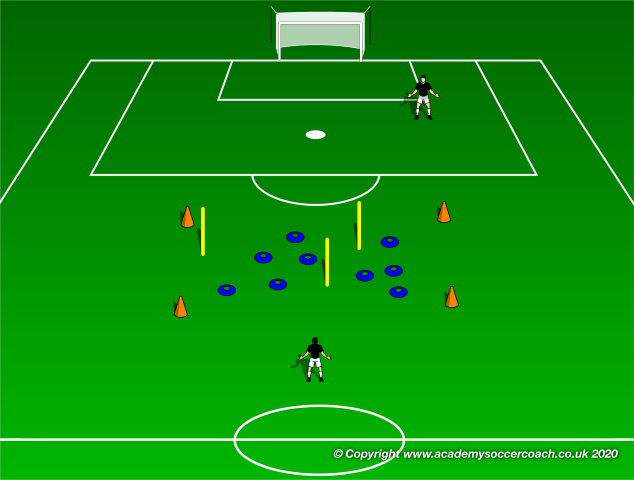 Execution:
Active player takes a ball and must dribble through the cones with out touching one. If they touch one they have to reset and start again. The cones should force the player to be dribbling up on the balls of their feet. 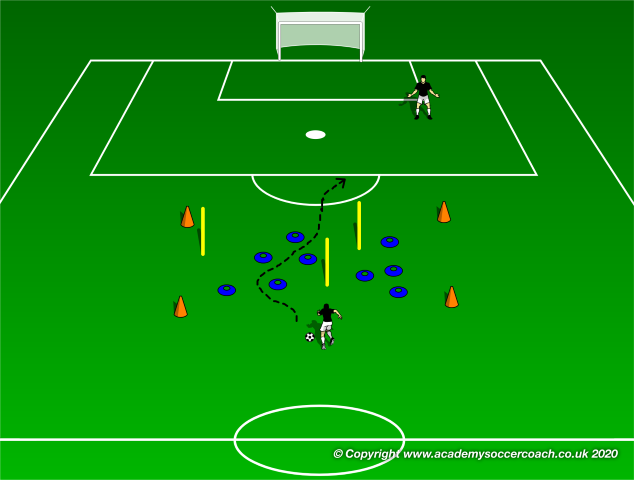 Once the player is able to get out of the box they play a pass to the player in the box, that player then lays off a pass to them, and the active player hits a one time shot into the net. Players can then switch roles. 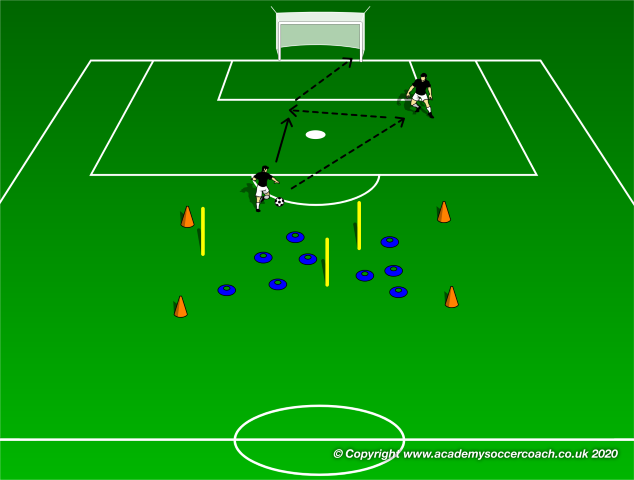