The 3-5-2 can be an interesting tactic to use in order to counter opponents. The flood of midfield players can cause chaos on the counter with the right level of movement and interchange as opposition players need to quickly adjust the rapid role change of deep lying wingers and 3 attacking players moving up top looking for quick balls over the back line. Here is an example of four phases of a counter with the goal of quickly getting the ball into the opposition corner area for a cross or low driven pass. Obviously, the focus should be to get a through ball out centrally with a strong diagonal ball from the wingers, but this situation assumes the opposition central defenders have this covered. 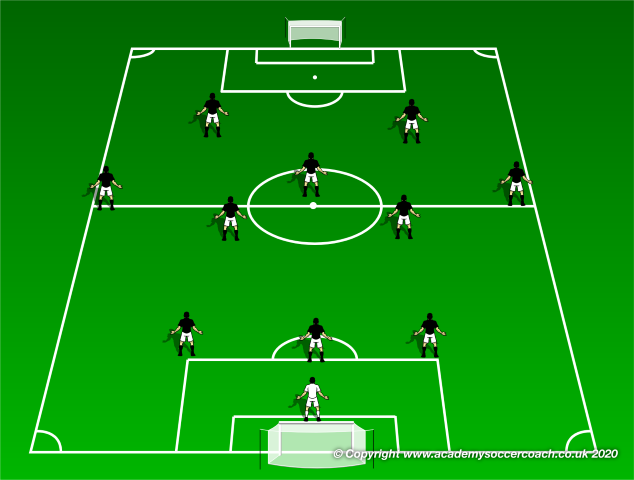 Phase 1-Defending in our own box

● Wingers drip into the defense creating 5-2-1-2 Shape
● The 8 becomes a 6 and now pairs up with the original 6
● 10 looks to become an outlet for the counter, moving wide if needed to receive after the ball is won and open up play
● 9s can have some distance here to find gaps in the back line for a quick counter 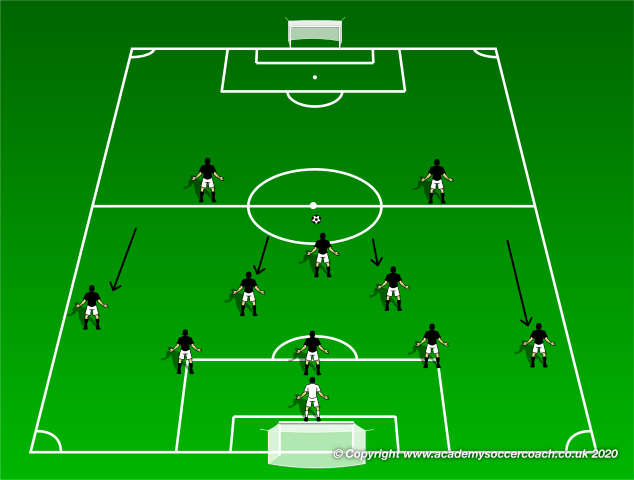 ● Wingers push back up from their defensive position and look to play to the feet of the 10 and 9s, or if the 9s have exploited gaps in the defense look to quickly play them through to goal
● One of the 6s becomes an 8 at this point and the 6 and 8 are now staggered with one to the left side of the pitch and one to the right
● 9s can still have width to try to open up the back line but the 10 should now look to get more central 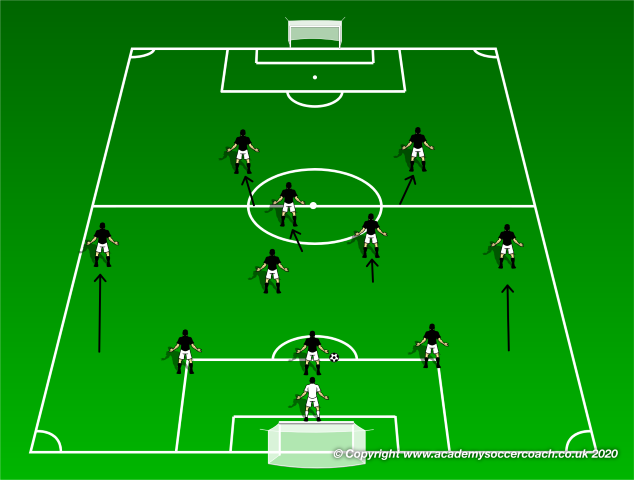 Phase 3- Counter is engaged and opposition backline is running backwards

● 9s are either 10-15 yards apart or one slides centrally with the other running towards a corner flag with the intention to receive and cross. In this situation the 10 replaces the 9 and stays central but pushes even further forward
● 8 and 6 can have some separation and depending on how deep the opposition has retreated the center back can now push more forward allowing the 8 to become a 10 and the 6 to become an 8 with the more forward center back playing the role of counter breaker if the play collapses. Their role then would be to immediately go to the opposition outlet player and delay the ball.
● Wingers continue to push forward. Their visual cue should be if they see someone in front of them cut a line to the near post, if there is no one stay wide and continue to stretch the defense. 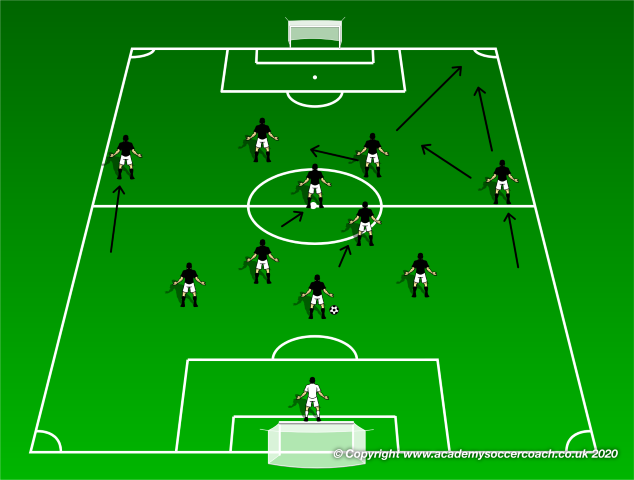 ● Rule of thumb should be to have at least three players in the P.O.M.O. or Position of Most Opportunity (this is the area the width of the six yard box extending 10-12 yards out). The three players in this phase should be either the two 9s and the 10, or if the 9 has gone out wide it should be the 9, 10, and either the ball side winger who has cut in or the 8 that has pushed forward
● Outside CBs can push a little more forward if the 6 did not push forward to become an 8. If they 8 did move forward he should sit deeper and look to pivot play if the cross from the wing is not possible.
● The far side winger should sit towards the edge of the 18 looking to pick up any over hit crosses or deflections. 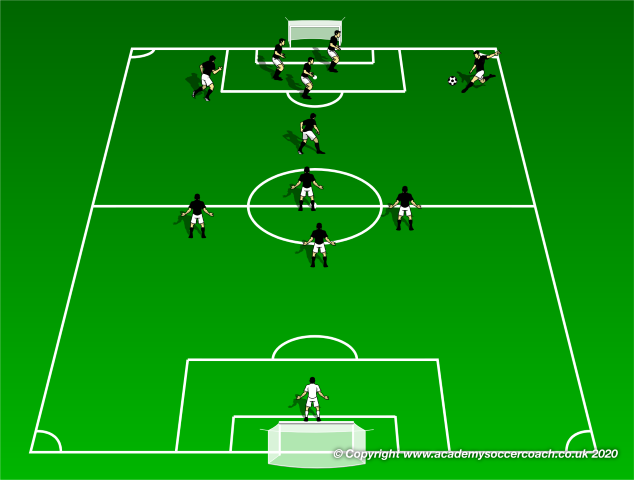