The purpose of the diamond color game is provide the player with a series of verbal and visual cues which will force them to utilize the correct technique and body position to play a series of passes or dribbles.

Setup:
Setup will be determined by the number of “passing players”, walls, or rebounders available. If there are a total of 5 players and a coach setup four cones around a central player (distance between cones and central player should be adjusted for age and skill) and give each player on a cone a different colored bib and a ball. Have a coach away from the diamond with a handful of the pinnies that match the color of the players with the pinnies. 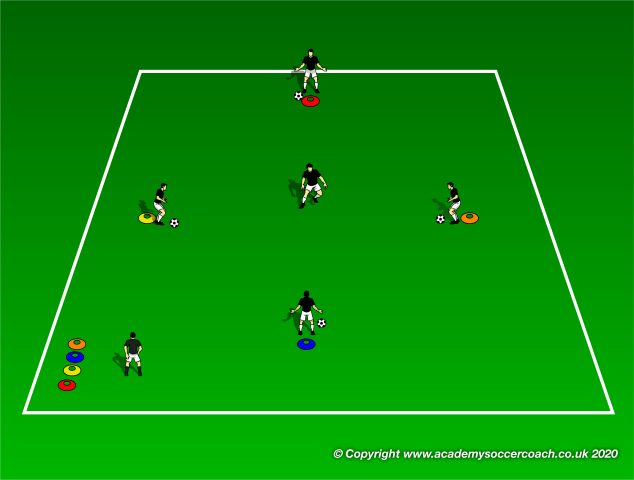 If there are limited players replace the players with balls, rebounders or cones.

Execution:
If playing with “passing players” the coach starts by verbally calling out the color of a player in the diamond. That player passes to the player in the middle who returns the pass. Before the central player can play the return pass the coach should call out another color so that the central player must complete the pass and quickly get into position to receive and deliver the next pass. 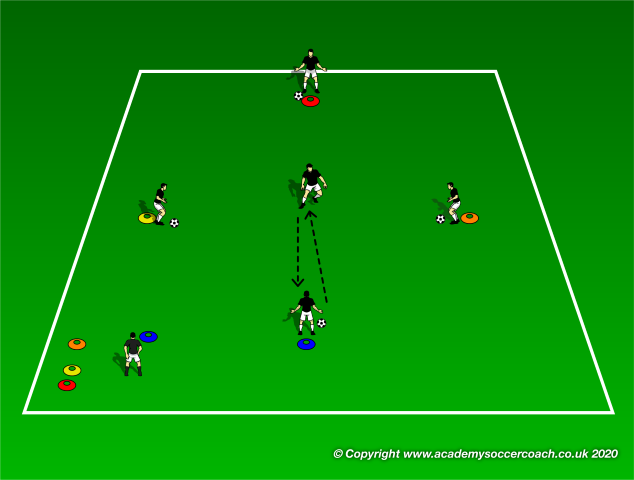 From there the coach can increase difficulty by:
-Calling a sequence of colors so that the player must memorize where the ball is coming from
-Have the central player receive from one color and play to another color by having the coach call out two-three colors at a time. 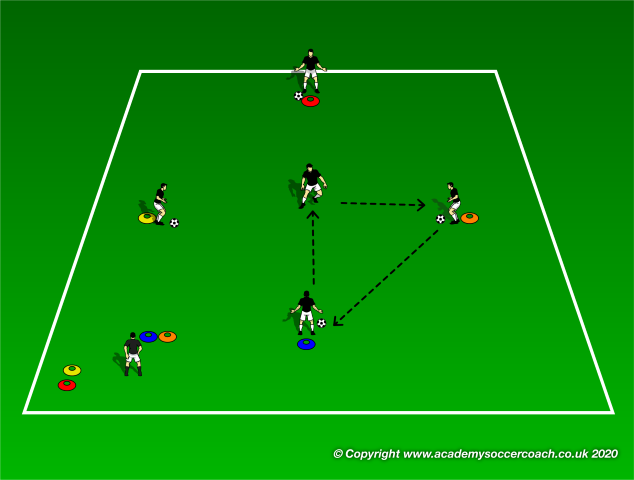 Variations:
-If there is limited players assign a color to a wall or rebounder and play with one central ball
-If none of these are available just place the cones where players would be and have the coach play a pass to the central player and then call out a color. The player must then quickly decide how to receive the pass effectively to move in the direction of the colored cone, dribble around that cone, pass back to the coach and get their body set to receive another pass once they get central again. 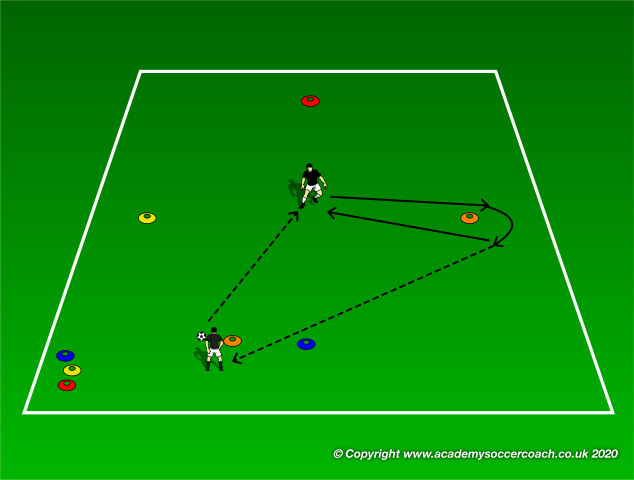