Defining the Danger Areas in the Attack

This article is less to tell you how to use common terminology to explain the areas of attack to your players, but to give you an idea how this can be structured so you can create your own that fits your team and style of play. The use of common terminology is important to create a cohesive understanding of team strategy, and will ultimately lead to a more organized plan of attack. I want to focus on the specific danger areas in the attacking third and one of the ways my team uses a common terminology to present that to the players.

First we break three areas into what we kill “kill zones”. These are the areas where we see a killer pass commonly coming from. Our desired goal is to get the ball into these three areas with sufficient numbers in the position of most opportunities (P.O.M.O.), or the area around the six yard box and PK, to receive those killer passes. 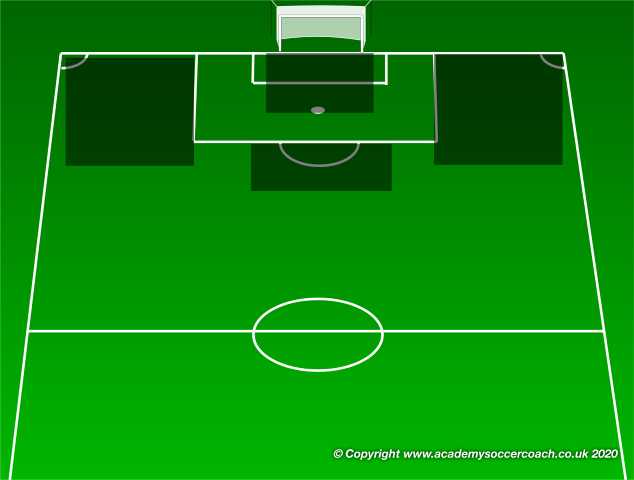 So now that we labeled the areas we want to get players on the ball and where we want the off-ball players to be to receive the “killer pass”, we can get more specific in talking about how we want to accomplish this. One way we encourage our players to score is a taking the ball deep to touch and playing a diagonal ball back to a runner who hits the ball as soon as the enter the P.O.M.O., as shown below. 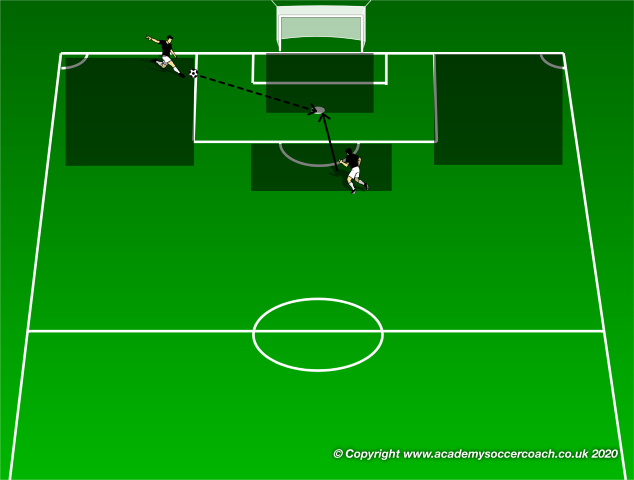 The way we then expand on this terminology is to further break down the kill zones. The outside kill zones are labeled into red, yellow, and green zones. We want our ball to be played as tight to, if not inside of, the 18. The further the ball is from this area we say the less effective that pass or cross will be. So, the farthest area is a red area because we see it as low probability, middle is yellow because it is an area that is between and you should exercise caution when making the pass from there, and the closest is green because if you find yourself in that area with a man near the P.O.M.O. you have the green light to play that ball. 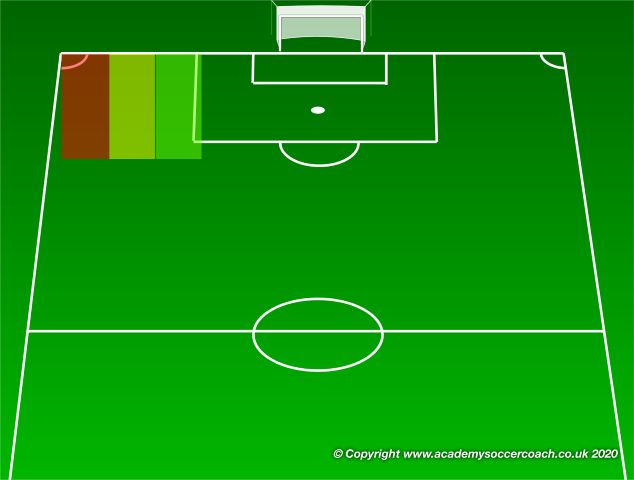 Using this common terminology we can quickly relay the concepts we want to see on the field with a clear visual aspect that will increase the player’s ability to recall the instructions and effectively execute on gameday.