Defending Against A Possession Team in a 9v9 Setting

To start off it is not recommended that this be used at the 9v9 level, rather than in short sided games for older players as a teaching method. This strategy can be used as a defensive way to neutralize a team's advantages in possession if they are a team that likes to build out the back and hold possession, in order to find opportunities to counterattack them with a numerical advantage.

As the opposition team builds out the back your team should be set in a 242 formation with the two forwards tasked with pressing the backline. The opposition will often line up in a 4-3-1 if they want to build so they can try to find numerical advantages in the midfield as outlets for their backline. 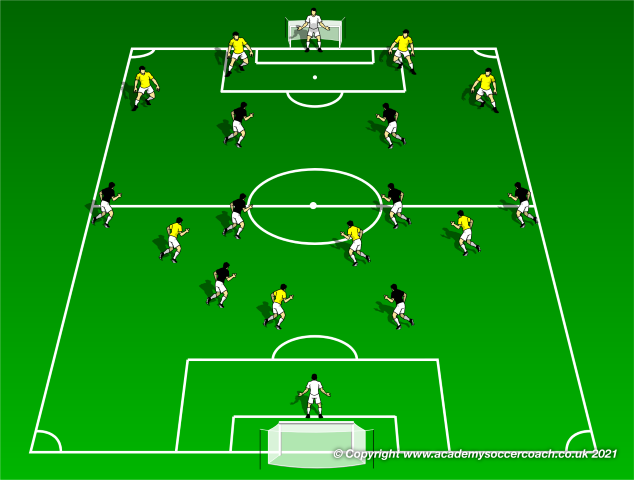 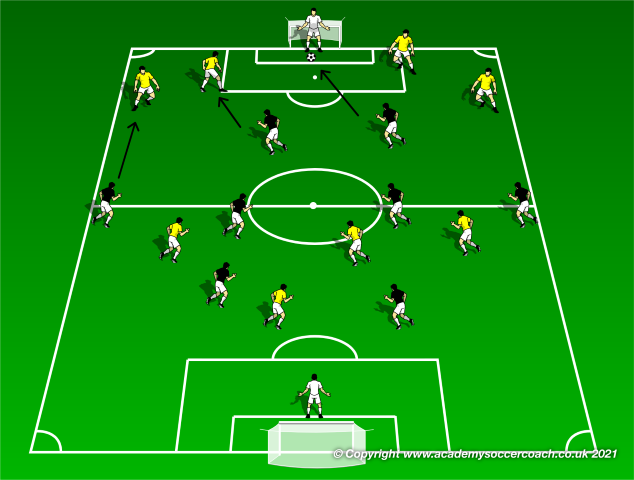 The purpose of the press is to close down time and space making it more difficult for the opposition to make good choices, that means that players can be left open as long as they are not an immediately obvious option to the player on the ball. This is risky, but it can lead to numerical advantages when the ball is won in forward positions using a double team, and other players high up on the field. The player most often left open will be a wide midfielder or forwards in a wide area. The outside mids will be responsible for picking up an outside back if they are able to beat the press from the forwards. This can mean that if the ball is on their side they will need to press the ball to stop the forward progress and a centerback will need to slide over to pick up the player behind them. This may leave an opposition player open wide and forward open on the backside. As long as the press is applied with sufficient force the ball will be difficult to play, and even if it is it will likely take enough time to get there that the centerbacks will have time to recover. 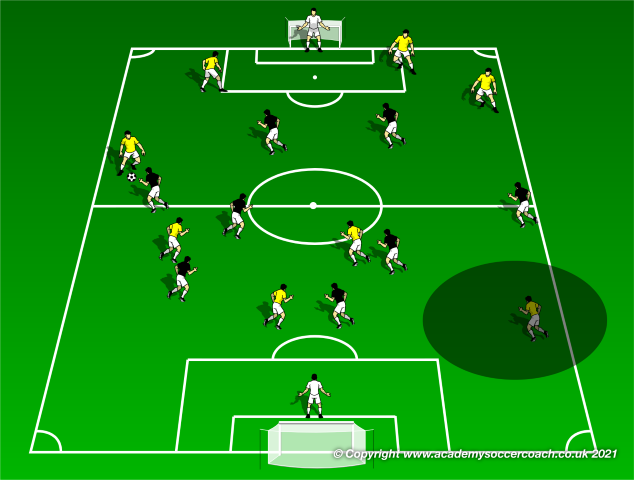 The other scenario is the wider striker/midfielder is left open on the opposite side on purpose. The opposition, having dealt with a heavy press and looking for an easy out, may be looking for a more direct route, and the outside midfielder can bait that pass by covering the ground between the high player and the outside back. The press should keep the player on the balls eyes down making that deep pass difficult. If the press is broken though the outside midfielder should look for the visual cue of the player on the ball having their eyes up and looking for the deep player. As soon as the outside mid sees this tell they can immediately start sprinting back and look to meet the ball in the air at the same time as the wide player does, or before, springing a deep lying counter attack, with the first line of defense already bypassed. 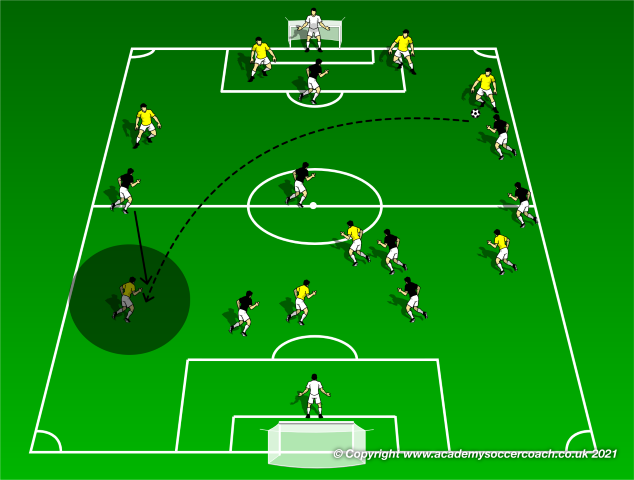 How Your Forwards Should React When Losing Possession

#306 – Playing defense while in possession

How to Make Defending Interesting For Your Players

The Role of the Withdrawn Forward – Defending eBook