Attacking When Down to 10 Players

In a game dominated by the concept of seeking numerical overloads, it makes sense that going down to 10 men can often be seen as a sign to pack things in and pray for the best. Teams down to 10 men, usually later in the game, tend to “park the bus” and will often barely cross the halfway line for the final 20-30 minutes. This can be an effective strategy is the right personnel are on the field and the objective is to maintain a lead, but it also can increase the chances of conceding as the number of opportunities presented to the opposition nearly doubles. That being said there is alternatives to the defensive shell, and having less players on the pitch can actually help certain teams as it frees up space for them to work and can make opposition players redundant.

Every team is different, and tactics for playing with 10 men will be dependent on the team’s initial shape, what player was sent off, and how many subs remain, but for this example we will go with a central midfielder has been sent off with, with no subs remaining, in a 4-4-2.

The first tactics that can be used is to switch to a 3 backs system and send a CB forward to act as a 6. The skillsets between the two positions are not wildly different and it will help fill some of the midfield space lost from losing the player to the red card. What is also may do is prevent the opposition from playing too far forward. Playing a narrow 3 back systems mean there will still be numerical advantages if the opposition plays two forwards, but it will make them hesitant to play their 10 more forward since they will be forced to contend with 6 in the counter attack, which provides a better outlet for attack than another centerback in the back line. 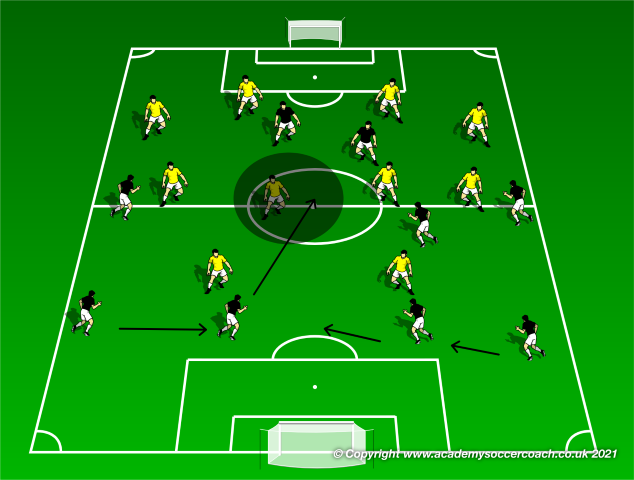 Another tactic to utilize is again dependent on your strengths and the opposition's weaknesses, but baiting the opposition into the attack you want them to have can leave them open to counter attacks. For example, a team that is down to 10 men is aerially very strong and is adept at the counter from wide play should bait the opposition into looking to play into the corners and find crosses. The team with 10 men then can utilize these defended crosses to spark the counterattack with the confidence that now the opposition has committed numbers that are in near the 18 as the attack progresses, reducing some of the numerical advantages. They can do this by playing exceedingly narrow and forcing play to wide areas so on the surface the opposition sees a clear attacking route, and will forego any other attack since it seems the more difficult option. 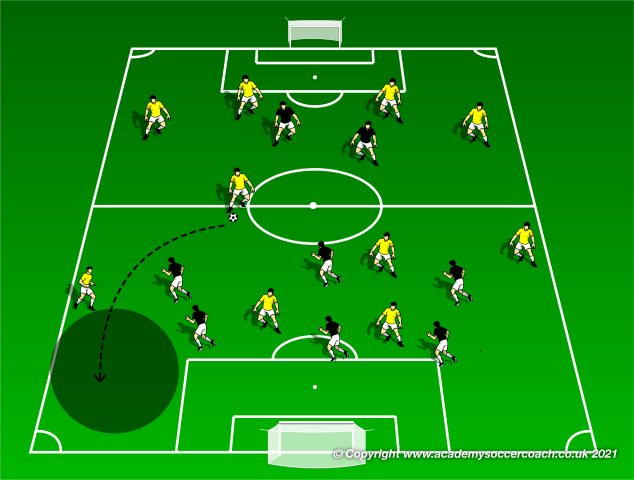 As the attack continues to not work, they may rationalize that it will if they commit more numbers to the attack, meaning more of their players will be committed into a single area. This is a gamble since it does mean in that area the team with 10 men will be unlikely to defend with even numbers, but it does mean that on the rest of the pitch the effects of being down a man can be compensated for. 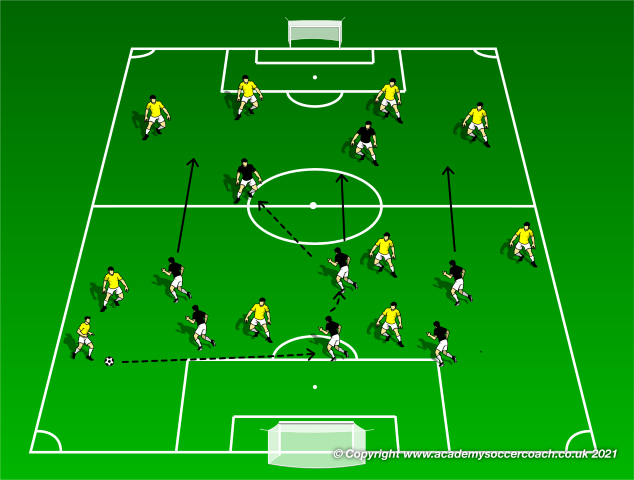