The purpose of this rondo is to train players to adapt to the transition of running motion to technical play and vice versa. You start by having half of the team in a normal rondo with 1-2 players in the middle and the rest in the circle. The other half of the team is spread out around a box surrounding the rondo. 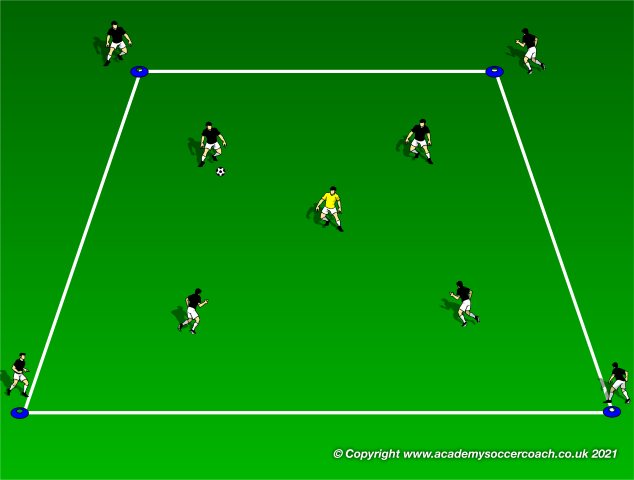 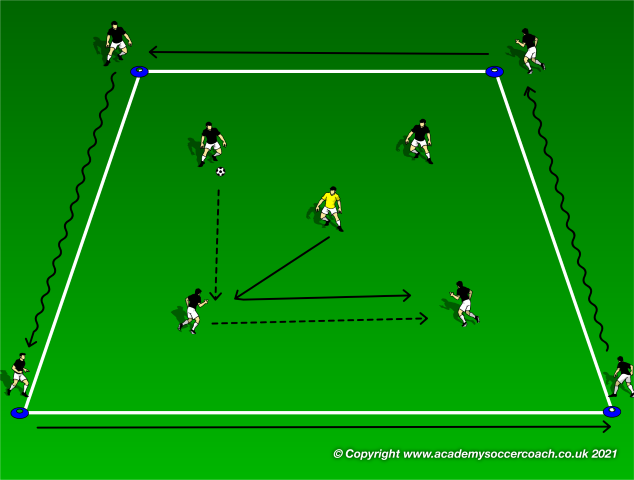 After that set period of time the team’s transition, with the outside team moving to the rondo and the inside team moving to interval sprints. To make things more difficult a counter can be set where the outside team has only a few seconds to get set up into the rondo and complete a certain number of passes before there is a consequence in order to improve transition and communication skills 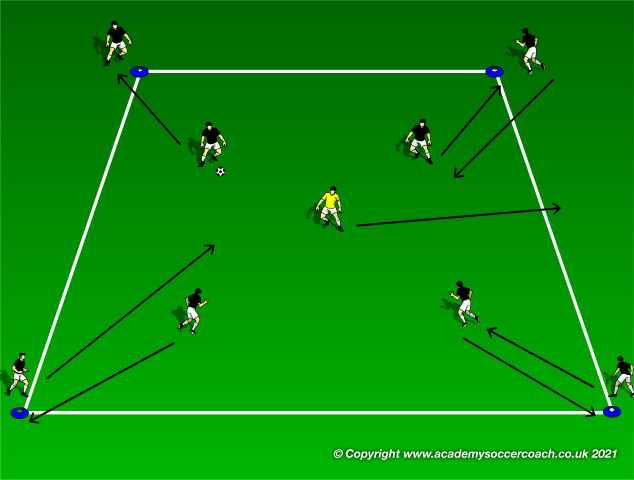